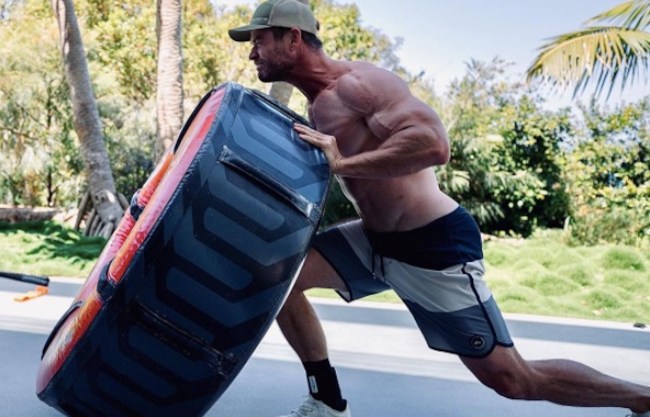 The rehabilitation of Thor’s image in recent years has been nothing short of a minor Hollywood miracle.

Prior to Taika Waititi’s singular Thor: Ragnarok, the God of Thunder-starring franchise was best known for being responsible for two of the worst entries into the Marvel Cinematic Universe: Thor and Thor: The Dark World.

But ever since Waititi wisely realized that the best course forward was to lean into the character’s inherent silliness and Hemsworth’s substantial comedic chops, the character has been revitalized, as Ragnarok not only ranks among the MCU’s best film, but Thor’s arc across Avengers: Infinity War and Avengers: Endgame is one of the most dramatic that the franchise has ever pulled off. In rewatching those films, you realize just how much the God of Thunder is tasked with carrying the story’s heavier emotional themes.

As a result of the character’s newfound success, Marvel Studios made him the first to get a fourth solo film, as both Hemsworth and Waititi will return for 2022’s Thor: Love and Thunder.

At this time, Hemsworth, Waititi, and the rest of the Thor: Love and Thunder crew — which includes the likes of Christian Bale, Natalie Portman, Chris Pratt, Matt Damon, and Karen Gillan — are in Australia to film the project, which sounds like a lovely time for everyone… except Hemsworth’s stunt double, Bobby Holland Hanton.

During a recent appearance on the Australian radio show Fitzy and Wippa, Hanton revealed that Hemsworth is the biggest he’s ever been and that he’s struggling to keep pace with the exponentially expanding superstar.

“Everyone is like ‘Wow look at the size and him’ and I’m like yeah that’s brilliant, I’m that guy’s double’, so I text him, I’m like, ‘Thanks very much dude, you’ve just made this even harder’,” Hanton said.

“I train with him a lot, we train all the time, we’re on the same diet regime and training. He’s the biggest though he’s ever been so I have to be the biggest I’ve ever been which is a challenge but I’m up for it. Every two hours we are eating, it’s become a chore, I don’t enjoy eating at all, every two hours it’s like get calories in, training twice a day, it’s full on.” [via The New Zealand Herald]

At this time, Thor: Love and Thunder is currently scheduled to hit theaters in the United States on February 11, 2022. And based on both set photos and these comments from Hanton, it doesn’t look like the Thicc Thor from Endgame is going to be popping up in this one.