Here’s Why Climate Change Has Been Awful For Cars 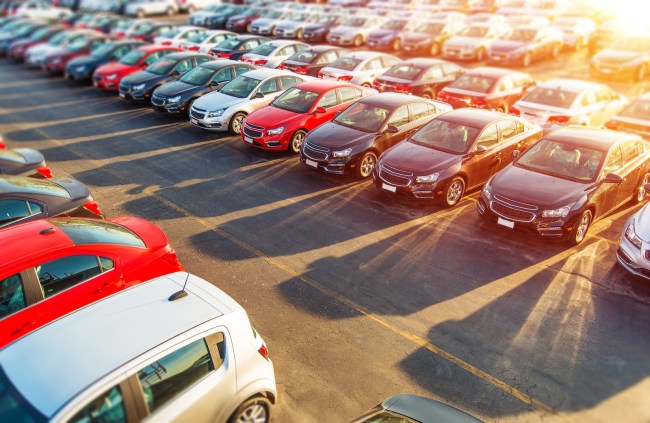 I like ravenous, murderous polar bears as much as the next person.

They were my favorite animal to look at when I was a kid visiting the Bronx Zoo. It follows then that I don’t want them all to die due to climate change, but there’s no denying that some changes for the better have unintended consequences.

We tend to overlook or completely ignore any negative aspects in the interest of progress. The internet connects us instantly to people on the other side of the world, simultaneously granting access to the entirety of humanity’s knowledge. It’s also where children find troves of pornography and terrorists recruit new members.

There’s a give and take to the whole thing, but we have a tendency to brush the take under the rug. I’m not implying we should eliminate the internet, but I do think we should be more open about the new issues that progress creates.

This applies to emissions regulations we’ve forced onto car companies. Anyone who has ever been around an old car without a catalytic converter can tell you that some rules have been mostly good. It doesn’t take a scientist to understand that exhaust fumes which make your eyes burn can’t possibly be good for you, or indeed, the environment.

Even so, you won’t convince me that new exhaust notes with their fake computer generated reverb can hold a candle to the musical tones of an old-school V8.

You’d be hard-pressed to find cars that have so many cylinders these days with the trend towards smaller engines, and those that do almost without fail have turbos slapped on them.

The Ferrari F40 was turbocharged, and it’s an all-time classic. By and large, though, turbos suck. If you’re screwing around on an open road, that extra kick that throws you back in your seat once you hit the right RPM can be a lot of fun.

If you’re changing lanes or trying to shoot a small gap at a crowded intersection, that delay before the power kicks in is a severe detriment.

I will concede, however, that in a car like an F40 that has so much power, the turbo lag is not as big an issue since it’s quick enough for everyday function before the turbo even kicks.

RELATED: Is It Better To Buy Or Lease A Car?

The engine has to generate exhaust before the turbo can harness enough of it to spool up and create a power boost. They’re the future insofar as any internal combustion technology is the future. We all know they’re a placeholder for electric motors, which will eventually replace gas power entirely. That day will be one of bitter-sweetness.

The instant response of electric motors is much more useful for the realities of daily driving than any turbo. Yet the loss of engine noise is one I find myself unable to stomach.

Much of the joy that comes from driving is the visceral emotion it creates as the engine screams towards redline. In an electric car, while the instant torque may hit you like a train, the excitement is sterile. I guess what I’m saying is electric vehicles have a stick up their ass, and Elon Musk is a flamingo murderer.

As bad as turbos may be for pure driving joy, the absolute worst culprit is the advent of electronic power steering. For a measly gain of one mile per gallon, our connection to the road has been eliminated.

Everything now happens through sensors rather than a physical relationship with the ground. Steering feel has become light, loose and numb. It’s the worst thing to happen to the car industry since the Geo Jizm – I mean Prizm.

Some companies do electric steering better than others.

For my money, Porsche is the best there is right now; and yet, if given a choice, I’d rather drive an older Porsche.

I’d rather own one too since they appreciate in value. Maybe even one with no power steering at all, for that genuine connection to the rubber. No power steering of any kind becomes challenging to manage at low speeds, requiring some real upper body strength to turn the wheel.

If you’re going in that direction though, Porsche is an excellent way to do it. With the weight of the engine over the back wheels, the wheel is easier to turn than in something with a weighty front end, like a Corvette.

Now you might be thinking, “But older cars are crap. They’re definitely slower.”

While that latter part is undoubtedly true, new cars have entered the pointless territory. It’s cool to say that your car can get up to 60MPH in under three seconds, and it’s fun to do it on the occasional highway on-ramp.

For the most part, though, it’s just excess. You’re not really going to use all that power, and I would happily trade some horsepower for a more engaging drive.

Frankly, some of these new cars just have too much power, and you get nothing but wheel spin, especially around corners or on wet roads. Jeremy Clarkson might make it look cool going around a track, but he’s not on the hook for all the tires he’s ruining.

In the end, some elements of cars are in fact much better today than they used to be. New vehicles are unequivocally more reliable than their ancestors. They’re faster, more advanced and more comfortable.

Yet it’s not a zero-sum equation.

Lots of cars today are nothing to look at because they’re all designed to eliminate wind resistance for that MPG boost. That makes sense for racecars, but give me a Bugatti Type 57 any day.

Cars with actual drivers may be on their way out entirely. I hope that I never live to see that world.

To those who do see it, perhaps you’ll fondly remember the legacy that man and car left behind, if only in theory and not through practical experience.

Until that day comes, I’ll be embracing the nuance of progress and driving the hell out of my gas powered car, because it’s more fun.

Jordan Ulman has been driving cars since before he got his license (sorry Mom and Dad). He currently works for a high-end dealership and aspires to one day own his own exotic that never works correctly.