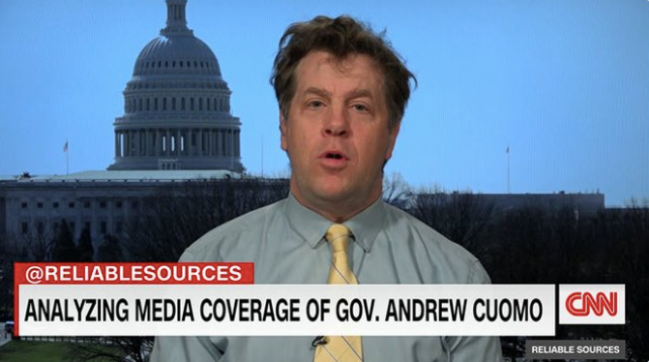 It seems like just yesterday the Cuomo’s were captivating the attention of America with their zany barbs over mom’s love and whether or not Andrew Cuomo’s nipples are pierced or just freakishly shaped.

CNN peddled out the split-screened brotherly love with the veracity of MTV force-feeding us Ridiculousness.

Those familial interviews have totally stopped as of late, corresponding to the sexual harassment allegations made against Governor Andrew Cuomo by a former New York capitol beat reporter, and six other women.

Jessica Bakeman, now a reporter at WLRN in Miami, alleged that Cuomo consistently touched her without her consent, “on my arms, my shoulders, the small of my back, my waist.” Bakeman, who was 25 years old while covering Cuomo, claims the governor bullied both men and women, but that he “never let me forget I was a woman.”

The allegations come in the wake of Cuomo coming under fire for allegedly doctoring data to hide a higher death toll among the state’s nursing home residents.

Washington Post reporter Erik Wemple appeared on CNN’s weekly media show to criticize the network for allowing the Cuomo brothers to engage in several “love-a-thon” TV interviews last year, but suddenly played the conflict of interest card in the wake of recent allegations.

On CNN, @ErikWemple blasts the network for Cuomo brothers’ “love-a-thon,” adding that Chris is not allowed to cover Andrew: “I think that is a major black eye for CNN.” pic.twitter.com/guo0oPtqt1

“I would be remiss, Brian, if I didn’t mention CNN’s own huge media story here with Chris Cuomo, the anchor at the 9 p.m. hour, who covered Andrew Cuomo and had all these wonderful love-a-thon interviews with him, more than 10 of them. … So, I think that that is a major black eye for CNN,” he said on Sunday during an airing of Reliable Sources with Brian Stelter.

“They suspended the conflict of interest rule for Chris Cuomo for those interviews, yet all of a sudden, they’ve enforced it again now that Andrew Cuomo is in the midst of a historic scandal in the Albany Statehouse,” he added.

After repeatedly featuring the brothers on its network over the past year, CNN has since banned the younger Cuomo from covering his brother, with Chris Cuomo saying he “obviously … cannot cover” the allegations against Andrew Cuomo, according to the Washington Examiner.

As it turns out, weird nipples are the least of Cuomo’s worries.