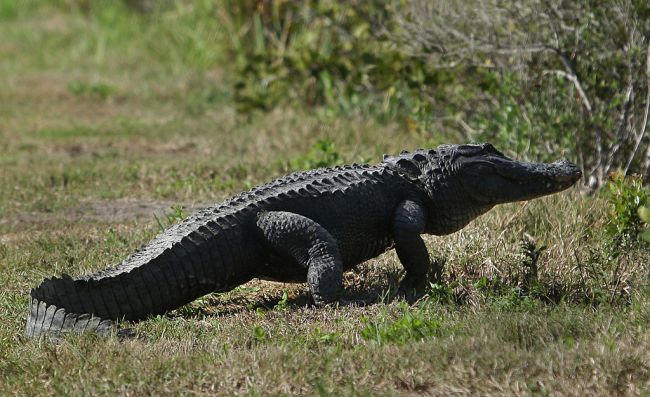 The wild animals and livestock of Houston had a very eventful day on Wednesday. Apparently they had somewhere to be and needed to get there quickly.

A cow got loose and shut down the I-10 East highway in Houston today. 🐄

When officers arrived on the scene, it found quite the situation unfolding. According to Sheriff Ed Gonzalez, a pedestrian got out of his car and was trying to rope the animal in the middle of the busy road. The owner, who had only purchased the cow one day prior, said that it had busted through a weak spot in her fence and took off.

About 20 minutes later, cowboy hat-donned authorities were able to corral the cow over to a nearby cemetery, where it was able to rest and regain its composure. You can see in the footage below as the Livestock Unit waited until the bovine was able to stand up and walk into a trailer on its (relatively) own time.

Fortunately, the cow was uninjured and returned healthy to its owner, but it was not the only animal loose on a highway in the city on Wednesday.

Just a few hours later, an alligator crawled from its swamp and onto the Fred Hartman Bridge for a mid-afternoon nap.

In this instance, it was not the Sheriff’s Office Livestock Unit, but the Texas Parks and Wildlife department who stepped in— along with local and state police. When they arrived on the scene, the gator awoke from its slumber and backed away from officers but they were eventually able to get the gator tethered by a rope. It thrashed and rolled once caught and required five officers to get the gator under control, duct taped and loaded into the bed of a pickup truck.

After it was secured, the officers released the alligator beneath the bridge, where it waded through the shadows and quickly swam away. Neither the gator nor any officers were hurt. Local police said that it’s not uncommon to spot alligators on the road, but they can’t remember a time where one made it onto the bridge.

What a day for Houston animals and highways. This has to be one of the more strange traffic days that the city has ever seen or will ever see.