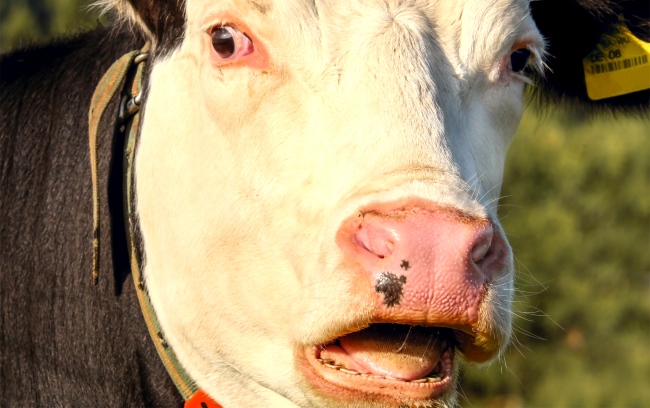 You truly never know what you will see anytime you visit a McDonald’s. We’ve seen people place an order that cost them $3,400. We’ve seen a woman lead cops on a destructive chase, only to pull into a Mickey D’s drive-thru and get arrested. We have seen someone sitting in their car eating their delicious McDonald’s cookies when a gunfight breaks out in the parking lot. But we have never seen a cow riding in the backseat of a Buick going through the drive-thru at a McDonald’s. Until now.

Wisconsinite Jessica Nelson was visiting a McDonald’s in Marshfield when she spotted something three cars ahead of her that one would never expect to see in a McDonald’s drive-thru: a cow, in a car, a Buick sedan to be exact.

Naturally, as one does in situations such as this, Nelson whipped out her phone and began filming.

And indeed there was.

“I thought it was fake at first. Who puts a cow in a Buick? Then its whole head moved,” Jessica told The Associated Press.

“I just took the video of it because I was blown away there was a cow in the back of a Buick,” she added.

Nelson said that after her video went viral on social media the cow’s owner contacted her and told her they had just purchased the cow, and two others who were also apparently in the back seat lying down out of sight, at a nearby auction.

Commenters on the video concurred that, at least around Marshfield, Wisconsin, this is not the first time they have heard of or seen this happen, or done it themselves.

“Lol we had to haul our calves in the car or truck back in the day! We’d take out the back seat and put in empty feed bags… then the calves,” wrote James Guralski.

“Yup that is in Marshfield and supposedly there were 3 calves in the back seat. Guess they wanted French fries,” commented Kathy Henseler.

“This is how you know it’s central Wisconsin fair season,” added Tyler Meyer.