Dave Chappelle Elaborated On His Fight With R. Kelly In A Hilarious Stand-Up Set 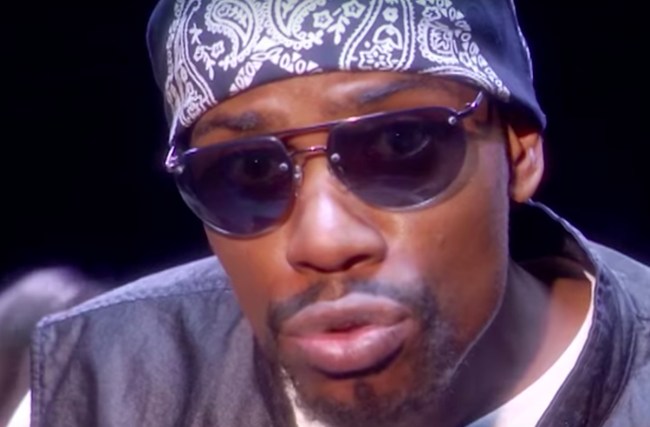 It’s hard to appreciate the impact Chappelle’s Show had when it first aired all the way back in 2003 unless you were there to witness it firsthand.

After hustling in the comedy game for over a decade, Dave Chappelle finally got his chance to shine and took full advantage of the opportunity.

Chappelle’s Show might have only lasted for (technically) three seasons, but over the course of that period, the man at the helm managed to churn out a number of legendary sketches that have stood the test of time.

Virtually no topic was off limits and no public figures were safe from Chappelle’s wrath, which R. Kelly learned the hard way when he found himself at the receiving end of one of the show’s impeccable parodies.

Earlier this week, that sketch became a topic of hot discussion after Chappelle’s Show co-creator Neil Brennan revealed the musician was so pissed off by the sketch that he sent a crew of goons to confront the comedian.

People were mad last week that we did an R. Kelly sketches 15 years ago. Here's me explaining comedy to them. pic.twitter.com/FQoxIALqkr

Brennan didn’t go into too much detail when describing the incident, but luckily for all of us, Chappelle did when he did a set in Los Angeles on Monday night.

After being egged on by Donnell Rawlings, Chappelle explained how things went down. He was apparently at a Common show in Chicago when a group of “goons” confronted him on behalf of R. Kelly.

If Chappelle is to be believed (which isn’t always a given during his stand-up sets), he eventually spoke with R. Kelly and had an absolutely amazing response after the now-disgraced artist asked him why he had to do him like that.

Now, if you’ll excuse me, I’m off to watch Killin’ Them Softly for the 17th time.