David Harbour Asked Ryan Reynolds For Advice On How To Cope With Bombing: “You Know ‘Green Lantern’? Huge Flop For You” 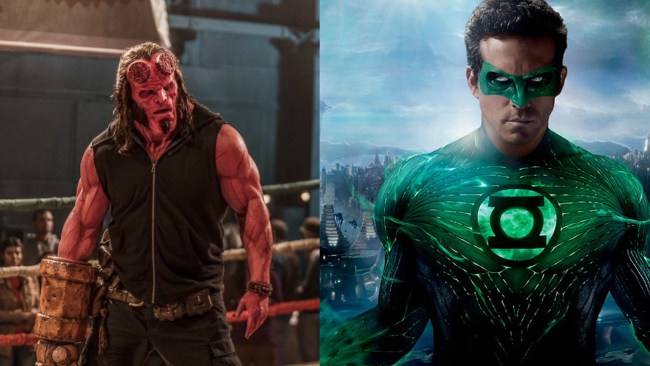 David Harbour is one of those actors that’s just easy to root for. After almost two decades of working his way up as a character actor on TV and in movies, Harbour finally struck gold as a 40ish-year-old man when Stranger Things turned him into a household name back in 2016.

Since then, Harbour’s career has exploded, as he’s been cast as a superhero in a Marvel Studios movie (Red Guardian in Black Widow — and hopefully the upcoming Thunderbolts movie), alongside Chris Hemsworth in Extraction, and among an ensemble of heavyweights such as Don Cheadle, Benicio Del Toro, Ray Liotta, Jon Hamm, and more in Steven Soderbergh’s crime thriller No Sudden Move.

The now 47-year-old also has another big project lined up for 2022 following the release of Stranger Things 4, as he’s set to star as Santa Claus in Universal’s “Christmas action-comedy” Violent Night, which simply sounds awesome on principle.

One unfortunate speed bump in Harbour’s mid-career career stardom, though, was 2019’s Hellboy, which barely made back its budget at the box office and got ravaged by critics and fans alike.

Knowing that it was going to be a flop almost immediately, Harbour says he phoned his pal Ryan Reynolds to ask for advice on how to cope with a film bombing, citing the fact that Reynolds famously starred in 2011’s DC misfire Green Lantern.

“It was a very difficult experience because I wanted a lot out of it. I really like [Mike Mignola, ‘Hellboy’ creator], I like that character,” Harbour explained. “And then immediately when it began, even when it was announced, I realized that people did not want that character reinvented. I was very naive and optimistic about what we were going to do.”

The day the film was released to theatres, and it became apparent that it was going to bomb, he called Ryan Reynolds. “I know him a little bit. I called him and I was like, Hey man, I just need to know something. You know Green Lantern? Huge flop for you. What the fuck is that like, because I think I’m going to hit that right now. Am I gonna be okay? Am I gonna survive this?” Reynolds, for his part, was “sweet” about it. [via GQ UK]

Given that Stranger Things has become one of the most popular TV shows of all time and Harbour has locked down a hopefully recurring role in the MCU, we’d say he’s doing just fine. Plus, Ryan Reynolds — what a guy!