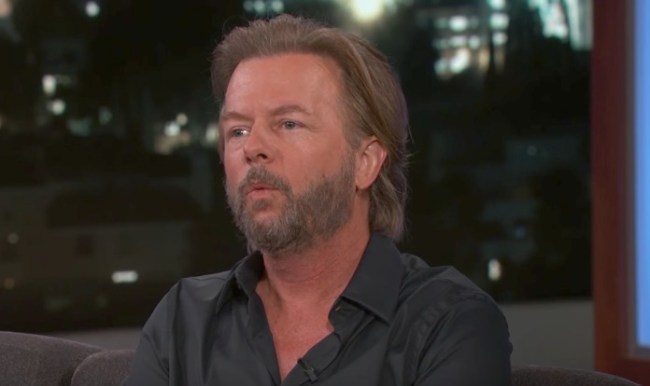 David Spade is a funny dude. He sometimes gets an unfair rap from people who don’t like/understand the brilliance of Joe Dirt, or because of films like Grown Ups which are legitimately awful. It’s easy to forget that David Spade was hilarious on Saturday Night Live and that he’s a natural comedian (and story teller). That’s why I loved this segment from last night’s Jimmy Kimmel Live:

David was a celebrity guest on Kimmel last night and he told the best story I’ve ever heard come out of his mouth. It’s about the time he got peer pressured into spending $125,000 on 2 concert tickets at a celebrity charity auction in Hollywood after the devastating earthquake in Haiti a few years ago.

What makes this story so great is how shameless David is in talking about how he doesn’t actually give a flying fart about charity (he secretly does, though). It’s also great seeing how open David is in talking about how hard he had to try to impress the chick he brought as a date. You don’t often see this level of candidness from celebrities, and it’s pretty refreshing.