Denzel Washington Speaks Out About Will Smith Slap, Drops More Sage Advice About The Devil 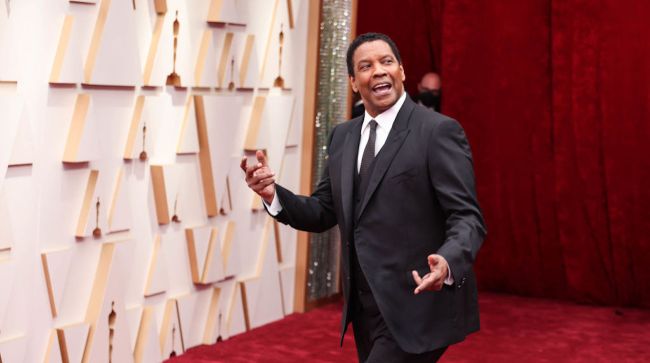 The morning after the Academy Awards and the Slap Heard ‘Round The World, I wrote that Denzel Washington — who didn’t actually win Best Actor despite being nominated for his work in The Tragedy of Macbeth — won the night.

Not only was Denzel pictured mediating the dispute between Smith and Rock — probably one of the only people in that room capable of doing so — but during Smith’s acceptance speech for Best Actor, he revealed that Washington dropped an extraordinarily wise truth bomb about the devil in the middle of the heated moment.

“Thank you, D,” Smith said to Washington during his speech. “Denzel said to me a few minutes ago ‘At your highest moment, be careful, that’s when the devil comes for you,.'”

Speaking about the incident for the first time over the weekend, Washington — who has personally won two Academy Awards, which is a number that feels low — gave further insight into the moment and how he chose to handle it, and, once again, unleashed some wildly wise words about the nature of the devil.

“There’s a saying: When the devil ignores you, then you know you’re doing something wrong. The devil goes, ‘Oh, no, leave him alone. He’s my favorite,’” Washington said to author and pastor T.D. Jakes as part of his International Leadership Summit on Saturday, via THR. “Conversely, when the devil comes at you, maybe it’s because you’re trying to do something right. And for whatever reason, the devil got ahold of that circumstance that night.”

“There but for the grace of God go any of us. Who are we to condemn?” Washington asked. “I don’t know all the ins and outs of the situation, but I know the only solution was prayer.”

Washington is getting to the point where his aura is so ubiquitous that he himself has become like a movie character. Not in the corny, try-hardy way, though — in the living legend sort of way.

RELATED: Multiple Will Smith Projects Delayed In The Wake Of The Slap, Including ‘Bad Boys 4’