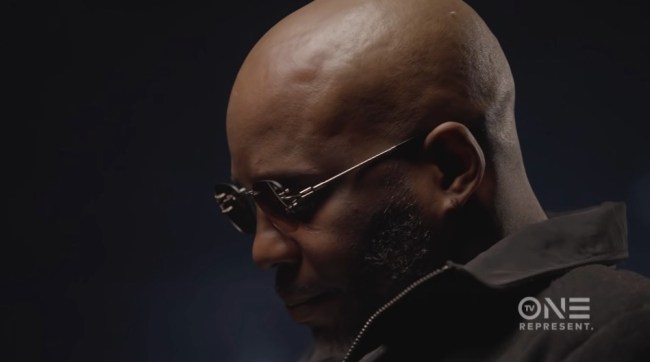 via TV One TV

The first part of DMX’s final interview before his death aired on Sunday night and it was an emotional knockout.

Uncensored: DMX, which is airing on TV One, sees the iconic late rapper speaking about all aspects of his life, including God, his mother, the time he believes he met an angel, and his love for dogs.

Of the many touching moments from the interview — which was filmed just three weeks prior to his untimely death — DMX discussing his encounter with an angel was chief among them, as the New York rapper revealed he had a near-death experience when he was just four years old.

As DMX tells it, he was hit by a car while watching his sister as his mother visited with a family friend in Yonkers. As he tried to get up, he said, a “white woman with a clipboard” stopped him.

“As soon as I stepped off the curb coming down from the store, a car hit me [and] knocked me way over on the other side of the street up under another car,” he recalled.

He tried to get off the ground, but a white woman with a clipboard came and told him to lie down. After his mom came to the scene and an ambulance was called, the woman disappeared.

“You’d think that she would’ve stuck around because she saw the whole thing. I don’t know, I felt like it was an angel,” he said. “She got no business being in the ‘hood with a clipboard.” [via Complex]

While the clip of DMX discussing his encounter with an angel has yet to make its way online, TV One has shared an equally touching clip of him talking about the time his mother surprised him while he was in therapy. And man, what a moment this is… equal parts inspiring yet devastating.

The second and final part of Uncensored: DMX will air on TV One TV on Monday, May 17 at 10 p.m. EST.