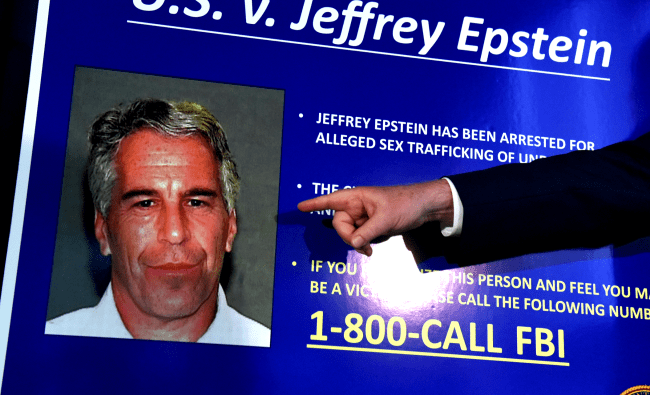 The New York Times obtained more than 2,000 pages worth of Bureau of Prison documents due to a lawsuit the paper filed against the Federal Bureau of Prisons after they were repeatedly denied a Freedom of Information Act (FOIA) request for them.

Interestingly, the paper reports that the judge who presided over the lawsuit said he was “struck by the audacity of the initial denial by the Bureau of Prisons” in denying these requests.

Related: Jeffrey Epstein Associate Ghislaine Maxwell Speaks Out From Prison, Has Many Complaints

What the documents reveal is that Epstein spent a portion of his last few days at the Metropolitan Correctional Center continuing to lie to authorities and trying to convince the prison staff and its physicians that he was not suicidal.

Two weeks prior to his alleged suicide in July of 2019, documents reveal that while Jeffrey Epstein was on suicide watch he told a prison psychologist, “I have no interest in killing myself,” adding that he is a “coward” and does not like pain.

“I would not do that to myself,” he reportedly said.

Following a suicide risk evaluation on Tuesday, July 9, his psychologist wrote in her notes, “Epstein adamantly denied any suicidal ideation, intention or plan” and said “being alive is fun.”

The next day the same psychologist wrote, “He was smirking and said, ‘Why would you ever think I would be suicidal? I am not suicidal and I would never be.’”

He passed many days closed in a conference room with his lawyers, avoiding the confines of his dank and dirty cell. In conversations with psychologists and other inmates, he spoke of his interest in physics and mathematics and offered tidbits of investment advice. He reminisced about socializing with celebrities, even as he complained about the running toilet in his cell, the orange prison garb, his difficulty sleeping, his dehydration and a numbness in his right arm.
[…]
The newly obtained records offer no support to the explosion of conspiracy theories that Mr. Epstein’s death was not a suicide. They also shed no light on questions raised by his brother and one of his lawyers that he might have been assisted in killing himself. But they do paint a picture of incompetence and sloppiness by some within the Bureau of Prisons, which runs the federal detention center.

The Times also notes that during his 36 days in prison jail and bureau officials “made mistake after mistake leading up to Mr. Epstein’s death.”

An intake screening form erroneously described Mr. Epstein as a Black male (he was white), and indicated that he had no prior sex offense convictions, even though he was a registered sex offender with two 2008 convictions in Florida, for solicitation of prostitution and procurement of minors to engage in prostitution. A few social phone calls he made were not recorded, logged or monitored, records show, an apparent violation of jail policy.

The night he killed himself, Mr. Epstein lied to jail officials and said he wanted to phone his mother — who was long dead. He instead called his girlfriend. Jail personnel left him alone in his cell that night, despite an explicit directive that he be assigned a cellmate.

Two days after the suicide, William P. Barr, then the U.S. attorney general, said there were “serious irregularities” at the correctional center, but did not elaborate. He later blamed “a perfect storm of screw-ups.”

About two months after Epstein’s death, an inmate reportedly told the prison psychology department in an email, “Jeffrey Epstein definitely killed himself. Any conspiracy theories to the contrary are ridiculous.”

Coincidentally, the day before Epstein died was the day that around 2,000 pages of previously confidential documents in a defamation lawsuit against Ghislaine Maxwell were unsealed.

Hundreds more documents from that case would be unsealed later, while another 2.7 million pages of evidence and 2,100 “highly confidential” photos have been submitted to the court by prosecutors in their case against Ghislaine Maxwell.

Read the entire story over at the New York Times.