Jeffrey Epstein Associate Ghislaine Maxwell Speaks Out From Prison, Has Many Complaints 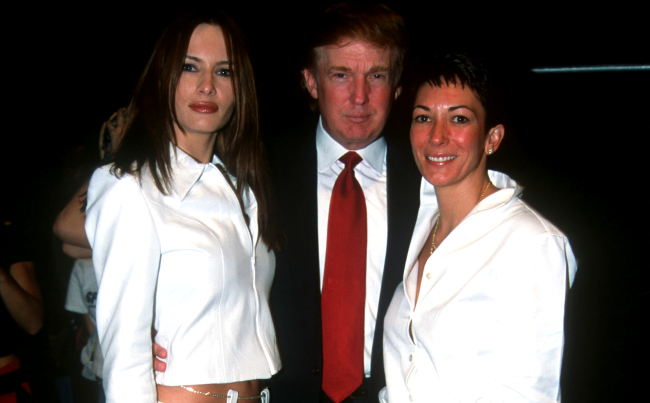 Ghislaine Maxwell, the alleged madam and procurer of underage women for a sex trafficking ring operated by convicted pedophile Jeffrey Epstein, is due to have her day in court, beginning on Nov. 29.

Maxwell’s trial is reportedly expected to last six weeks, and if convicted on all charges against her, faces a maximum of 80 years in prison.

Now, for the first time since her capture and arrest in early July 2020, has spoken to the media.

In an interview with the Daily Mail from inside Brooklyn’s Metropolitan Detention Center, Maxwell voiced numerous complaints about her treatment by the prison system as well as the judicial system.

“her lawyers will offer up details of prominent names implicated in the case”
—
Ghislaine Maxwell finally goes on trial after 15 months on remand pic.twitter.com/aDPZdEBWgq

“I have been assaulted and abused for almost a year and a half,” claims the 59-year-old.

“I have not had a nutritious meal in all that time,” she continued. “I haven’t slept without lights on – fluorescent lights that have damaged my eyes – or been allowed to sleep without constant interruptions.

“I am weak, I am frail. I have no stamina. I am tired. I don’t even have shoes which fit properly. They feed me rotten food. One apple had maggots in it. I have not been allowed to exercise.”

Even simple things like going to the bathroom and taking a shower has been difficult, she claims.

“I used to go to the loo with an open sewer drain and a friendly rat would regularly visit,” she said. “I told the guards, but nothing was done until the rat popped out and charged a guard who screamed in terror. Finally, the sewer drain was covered.”

She added, “I used to take a shower every day, but I’ve stopped because of the creepy guards who stand close and stare at me the whole time.”

Jury selection for her trial began on Tuesday with Maxwell in attendance. Judge Alison Nathan, who will be presiding over the case, said there are 231 potential candidates that will be interviewed.

“I’m terrified the overwhelmingly negative coverage will poison my jury pool and affect the outcome of my trial, despite the evidence which I feel confident will prove my innocence,” she said. “I look forward to having my day in court to prove I played no part in Epstein’s crimes. I am innocent.”

In a new three-part docuseries called Chasing Ghislaine which debuts on Discovery+ on Nov. 22, the late Jeffrey Epstein says in a recording, “Ghislaine is the best at what I need.”

That audio and more comes from journalist Vicky Ward’s “previously off-the-record conversations” with Epstein which will be the focus of the series.

“They were trying to blackmail powerful people,” Ward says in the trailer. “The network of guys who enabled these sex crimes that endures … Ghislaine really could be the key to this shadowy web.”