Nobody Should Be Surprised By The U.S. States Reportedly Most Dogecoin-Crazed 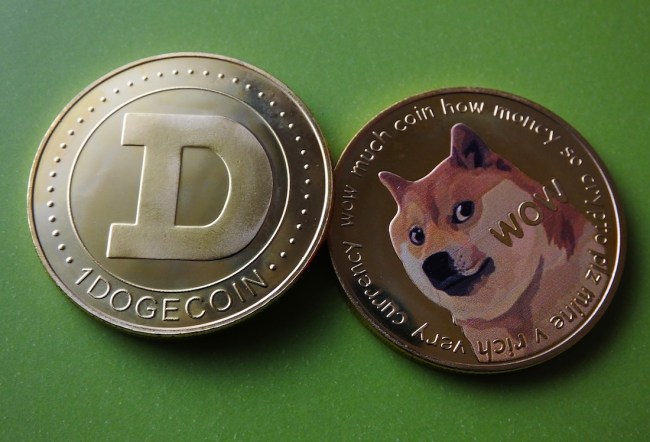 Dogecoin. It’s the hottest crypto in the world right now, with returns of over 14,000 percent since the beginning of the year for those investors who got in on the cryptocurrency early, with a $1,000 investment on January 1 worth over $121,000 when it hit its peak share price of $0.69 earlier this week, per CNBC. Does anybody really know what it’s used for? How it’s mined? How it’s exchanged? Or where the price per share may go? Nope. But people are buying it as if it’s going to earn them millions.

Given the success of the Dogecoin since January — which all started from some simple hype by the world’s richest man, Elon Musk — people have their eyes on if and when the price will absolutely pop off. Many have wishes of it happening during Saturday Night Live on May 8, as Musk is set to host the longstanding TV show, which has caused some controversy.

Whether it’s hopeful investors eyeing that SNL episode or some other factors down the road, the interest in Dogecoin is popping at the moment. But where in the U.S. are people most interested in the volatile cryptocurrency? Thanks to new data gathered by a site called Someka, which used geotagging on Twitter as its guide, we have the answer — and the results probably won’t surprise too many people.

Per Wealth Gang, Alabama leads the U.S. in search interest for the hot crypto, followed by Pennsylvania and South Carolina to round out the top-3 states. You can see the top-10 below.

Now, look, Dogecoin is the hottest thing since sliced bread, so the interest is fully understandable. But here’s to hoping the fine people of the above 10 states aren’t investing their life savings in the cryptocurrency, because experts warn that it’s so volatile that this current bubble could very well pop soon. Could it be after Musk’s Saturday Night Live appearance? Could it be in a week or two? Could it be a month from now? Again, nobody knows. But it’s a safe bet to stay cautiously aware and understand that this 14,000 percent return won’t stick around forever.

With MLB’s Oakland A’s recently accepting Dogecoin at games, and power names like Musk and Mark Cuban pumping the coin, some may be fooled into thinking this will become the next Bitcoin — which has seen its price climb as high as $53,000 per share. But investors should be careful with how much they’re willing to dump into DOGE, and only be willing to lose as much as they’re comfortable with.

That said, there’s a good chance the majority of you have some skin in the game when it comes to Dogecoin, so, whether you’re in one of the U.S. states listed above or not, here’s to the financial experts being wrong about the price eventually crashing to earth at some point. Nobody wants to see people make big money off a cryptocurrency started as a joke more than me.