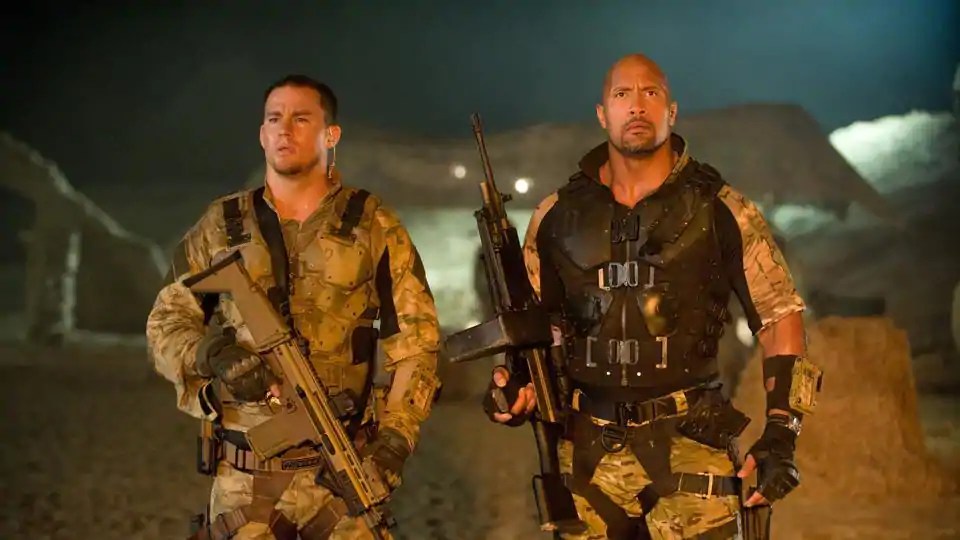 Dwayne “The Rock” Johnson is a beloved figure because of his charm, dedicated work ethic, and his tremendous success. A tank division of the United States Army decided to show respect to The Rock by naming a tank after the celebrated actor, an extremely distinguished honor. However, what was supposed to be an awesome praise-worthy event, turned into a sea of negativity because the internet was upset that a tank was named after Dwayne Johnson. Welcome to 2019.

Last week, the 1st Armored Division announced that they would be honoring The Rock by naming a tank after him. The tweet said: “If you smell what America’s Tank Division is cooking!” Shoutout to the #IronSoldiers assigned to the @Blackhawk_SQDN for naming one of their tanks in homage to the @TheRock. Hopefully the “People’s Champ” will see it and give you guys a shoutout and a retweet!”

"If you smell what America's Tank Division is cooking!"
Shoutout to the #IronSoldiers assigned to the @Blackhawk_SQDN for naming one of their tanks in homage to the @TheRock.
Hopefully the "People's Champ" will see it and give you guys a shoutout and a retweet!#TuesdayThoughts pic.twitter.com/xMm2aKBArS

Does that mean instead of firing shells, it launches People’s Elbows? Having a tank named after you is a very big deal. Tanks don’t necessarily have to be named after people and can have cool names such as “Big Punisher,” “Hell On Wheels,” and “Ballbuster, Inc.”

RELATED: Vegan Is ‘Heartbroken’ And ‘Outraged’ That Ice Cream From Pizza Hut Has Dairy In It
The tank was named by soldiers of the 1st Squadron, 1st Cavalry Regiment AKA The Blackhawk Squadron, which is the oldest cavalry squadron and regiment in the Army. They go back to March 2, 1833, and among the oldest units of any type in the Army according to Task & Purpose.

According to Stars and Stripes, a website dedicated to covering all things about the U.S. military, the naming of tanks is a “heated process.”

“The tank crews offer up their suggestions; the tank commander can veto the crew; and the higher company leadership has final say over whether the names are too offensive to grace a multimillion-dollar piece of military hardware,” the site said. “They don’t want to have anything that promotes negativity or is demeaning or something,” said Sgt. Michael Lewis, a 28-year-old tank commander from Marshall, Texas.

Johnson understood what an honor it was to have a military machine that can layeth the smackdown and shared the exciting news to his followers on Instagram. “I’m sending a salute of respect & gratitude to the Blackhawk Squadron 🇺🇸 1st Armored Division for the honor of naming their tank (the most advanced in the world) Dwayne “The Rock” Johnson,” he wrote on Instagram. “Heavy duty, bad ass, sexy AF and built to take care of business — but most importantly, thank you all for your service. Grateful to the bone.”

Most of the fans shared The Rock’s merriment of having a tank named after him. But there were a lot of people who were upset over this military dedication.

“I’m disgusted that had to post something like this, shame on you,” one person said. “Ok so now they can kill after your name,” another wrote. The stream of disapproval and condemnation continued. “Your name in a killing machine. Horrible.” “So you want your name associated with blood and murder.” “This is a weapon meant to kill. How is this celebrated?” “How are you OK with people getting killed with your name?”

Do you smell what the outrage machine is cooking?

“Having a death machine named after [you] seems cool until it’s used against beings that don’t truly deserve it,” one person wrote. “I think they should name a few nukes after you and really get you excited. Maybe they will make a new gun modeled and named after you that can one day be used against innocents. Or maybe just the bullets. Gosh, so many death machines out there, you must be stoked.”

Numerous commenters somehow made a nonsensical correlation between a tank in El Paso, Texas being named after an actor to the horrific shooting in Christchurch, New Zealand by a hateful lunatic terrorist. “Seems a bit senseless to post news like this right after a terrorist used machine guns to murder 50 innocent souls.”

Then there were people upset that a tank was named after The Rock because he is a movie star and never served in the military.

“Last time I checked he was only a movie fake n a ex-WWE star,” one person wrote. Another commenter said, “Why? Did he serve? Give it to somebody that deserves it not a Hollywood make-believe!” Another said, “Why don’t we name tanks after fallen soldiers or medal of honor recipients and not celebrities.”

I hate to be the bearer of bad news to these people, but, even if the tank is not named after the Rock, the tank will still exist. Not to mention that Johnson did not name the tank after himself, the soldiers wanted to honor him and they decided they wanted to name the tank after the actor and wrestler. So everybody just chill. Johnson has yet to respond to the criticisms and shouldn’t because you’ll never make everyone happy on the internet so just do what makes you feel happy.

Thank you @TheRock on behalf of all the #IronSoldiers assigned to @FortBlissTexas, the home of America’s Tank Division, for the shout out! We appreciate the love and support! Keep being awesome! #PeoplesChamp #service #respect @USArmy @DeptofDefense @2ABCT1AD @SecArmy https://t.co/jEyKq2OkGZ