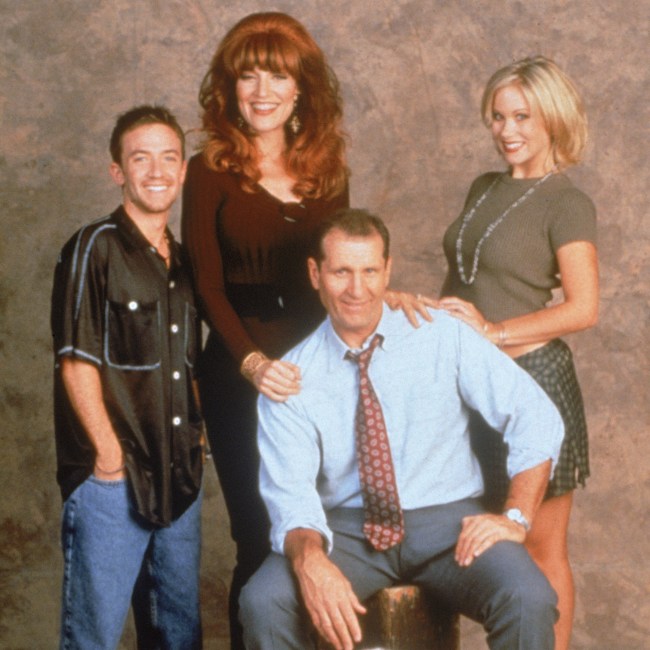 Most young people mention the TV show Modern Family when thinking about actor Ed O’Neill, but those of us who are old guys (*raises hand*) remember the 74-year-old for playing one of the most iconic TV dads in history: Al Bundy on the show Married… with Children, which ran from 1986-1997.

Crass. Honest. Old school. Those are among the words many would probably use to describe O’Neill’s character on the show, as he was the epitome of what we call a Boomer these days. But, damn, he sure knew how to carry that show back in an era when he could be all those things (and more).

Much like Homer Simpson on The Simpsons, Jerry Seinfeld in Seinfeld and Zach Morris in Saved by the Bell, Ed O’Neill knew he was the star of Married… with Children, and understood the show couldn’t go on without him without folding. I mean, what were they going to do, just write him out if he decided to leave? Hell no. And, in at least one instance, the actor’s agent made sure producers knew how valuable O’Neill was, slyly negotiating a new Porsche Carrera 4 into his deal.

According to a recent story from Page Six, O’Neill’s then-manager — the legendary Bernie Brillstein — went above and beyond to take care of the actor while working on a new deal with Columbia TV, which produced the TV show for FOX. Take a look below at the story, which is A+ stuff.

He says that while Columbia exec Gary Lieberthal had offered him a huge amount, it wasn’t what he and Brillstein felt was fair for his portrayal of famed hapless shoe salesman Al Bundy. And when they let Lieberthal know that, he blew a gasket.

“What the f—k are you talking about?” Lieberthal allegedly bellowed three times after being told O’Neill wouldn’t sign.

About a week later, O’Neill says, he received a call from his manager letting him know they settled on an amount — only it wasn’t enough for Brillstein, who decided that O’Neill needed a new car thrown in too.

“You know the kid drives a Mustang, it’s not even a convertible,” O’Neill remembers Brillstein saying to Lieberthal. “The number one guy on your number one show in a f–king Mustang in your parking lot? Looks bad.

“Gary said, ‘What does he want, a Corvette?’ Bernie said, ‘I think he likes German cars. They got that Porsche dealership on Burbank, you know where it is. There’s a black Porsche coupe with wire wheels, they were a Carrera 4, they were brand new. It was 95,000 then.

“‘It’s on the showroom floor. Hey, take him over there on Monday. Have him come in early, drive him over, get him that car. Be that guy, Gary, be that f–king guy.’”

That Monday morning, O’Neill drove a Porsche Carrera 4 off the lot.

Now that’s how you treat a client, so take note all you hopeful agents out there. Not only did Brillstein get Ed O’Neill paid, but he got him hooked up with a new Porsche convertible to replace his Mustang. That’s a serious upgrade, and something that instantly brings Hollywood cred. I imagine that’s when an actor knows he’s officially made it.

It’s hard to fathom the career O’Neill has had, with the dude literally hitting it big with two legendary TV shows. While he’s got loads of cash and success these days, back when he was still trying to prove himself 30 years ago, he had to get his agent to play some hardball — and it worked to perfection in the case with the Porsche.