Emilia Clarke Says Part Of Her Brain Actually Died Due To Aneurysms, Feared She Lost Her Acting Ability 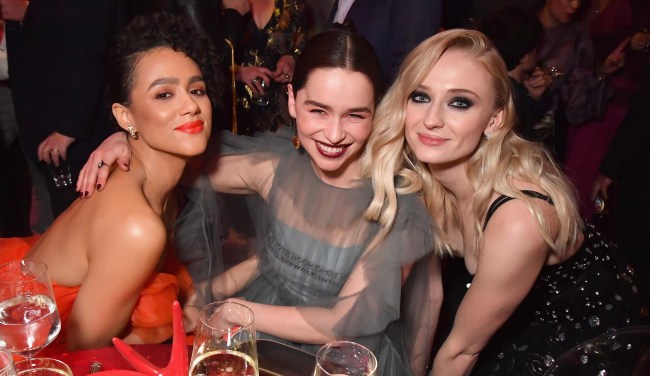 Recently, Emilia Clarke came out and admitted that early in her career playing Daenerys Targaryen she suffered not one, but two brain aneurysms and nearly lost her life as a result.

At just 24-years-old, Clarke had to undergo brain surgery, and then had to do it again two years later when the second aneurysm occured.

On the next edition of CBS Sunday Morning, which will air this Sunday, April 7, Clarke further discusses her health battles.

“You go on the set, and you play a badass character, and you walk through fire, and you speak to hundreds of people, and you’re being asked to be – to work as hard as you possibly can. And that became the thing that just saved me from considering my own mortality, yeah,” Clarke said about how she dealt with the uncertainty.

She also discussed how, because of the second aneurysm, part of her brain actually died, giving her yet another big scare.

“So the second one there was a bit of my brain that actually died,” Clarke explained. “If a part of your brain doesn’t get blood to it for a minute it will just no longer work. It’s like you short circuit. So I had that. And they didn’t know what it was. So, they literally were looking at the brain and being like, ‘Well, we think it could be – could be her concentration, it could be her peripheral vision.'”

“I always say it’s my taste in men,” she joked.

“For a very long time, I thought it was my ability to act,” Clarke revealed. “That was a deep paranoia, from the first one as well, I was like ‘What if something has short-circuited in my brain and I can act anymore?'”

Now, Clarke says she is 100 percent recovered and has helped start a charity called SameYou that will provide treatment for people recovering from brain injuries and stroke.

Clarke’s Game of Thrones bestie Jason Momoa was asked on the red carpet for the show’s season eight premiere what it was like to be around Emilia as she went through her health scares.

“Kind of being a part of that whole situation for a very long time so we’ve had so many scares and trying to find the right way to come out and help and I just think it’s beautiful that she’s gonna, I mean, she’s so brave and then helping the world trying to raise awareness … very sad because we almost lost her numerous times so… I love her to bits and she’s here and she’s going to do great things with it and teach the world,” Momoa shared.

Of course, he and his wife Lisa Bonet say they are both rooting for Khaleesi to end up on the Iron Throne because who else would Khal Drogo’s drinking buddy be rooting for? No way he’s not going to be cheering on his Shekh Ma Shieraki Anni.