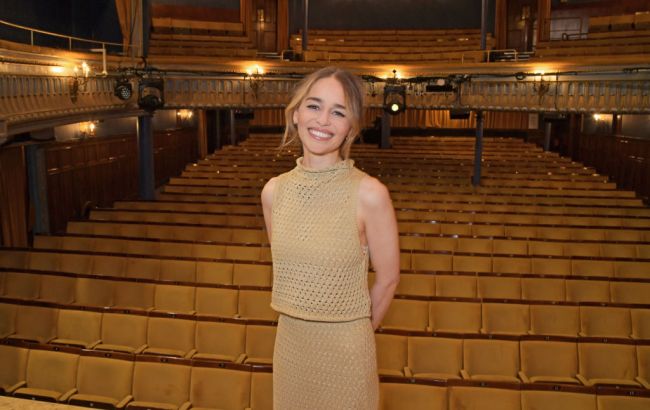 Former Game of Thrones star Emilia Clarke recently opened up about the fact that it’s “remarkable” that she’s able to “speak” and “live my life completely normally” following the two brain aneurysms she suffered back in 2011 and 2013.

Clarke, who will next be seen starring in the Marvel Studios series Secret Invasion on Disney+, told BBC’s Sunday Morning that a significant amount of her brain is “no longer usable.”

“The amount of my brain that is no longer usable—it’s remarkable that I am able to speak, sometimes articulately, and live my life completely normally with absolutely no repercussions. I am in the really, really, really small minority of people that can survive that.”

She also commented on her brain scans, saying, “There’s quite a bit missing! Which always makes me laugh. Because strokes, basically, as soon as any part of your brain doesn’t get blood for a second, it’s gone. And so the blood finds a different route to get around but then whatever bit it’s missing is therefore gone.” [Sunday Morning via Complex]

Now fully healthy, the 35-year-old Clarke is ramping her film career back up, as her starring role in Secret Invasion and the upcoming film The Amazing Maurice marks her first professional acting roles since 2019 when she starred in Last Christmas and hosted Saturday Night Live.

The Game of Thrones alum — who likely will not be appearing in the reported Game of Thrones sequel series with Kit Harington due to the fate of her Daenerys Targaryen character (apart from possible flashbacks, of course) — is also set to star in the upcoming movies The Pod Generation and McCarthy.

RELATED: TV Fans Melt Down Over Report That Kit Harington Will Return As Jon Snow In A ‘Game of Thrones’ Sequel Series