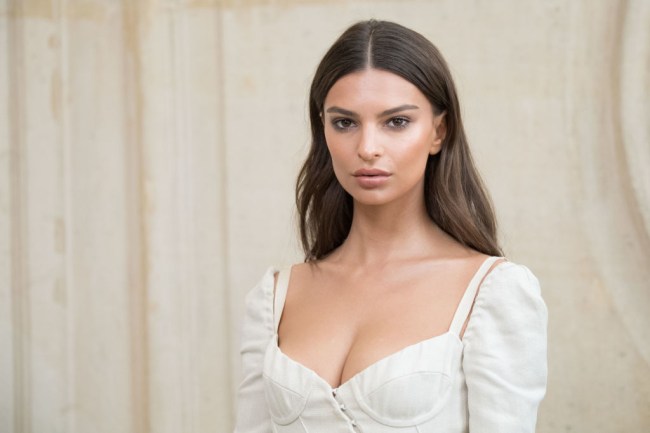 Are you guys familiar with Emily Ratjkowski? Those of us who know her personally refer to her as EmRat. It’s just a pet name. She has one for me too but I haven’t heard it yet. We’ve been social distancing, she and I, for the better part of a decade now. But that isn’t to say I don’t know her well. Heck, I know lots about her. I know she looks her best at sunset, through the unfogged lenses of my grandfather’s birdwatching binoculars, which I inherited upon his passing. But who am I kidding? She looks great in the morning, in the afternoon, anytime we’re together.

Last week, tragedy struck when her skin “freaked out.” I’m guessing her “husband” didn’t like that because she married the wrong person, but I didn’t mind; I celebrate all her little flaws, the same way Robin Williams described his wife in Good Will Hunting. Fortunately, EmRat has discovered the restorative powers of snail mucus:

NY Post– Emily Ratajkowski admitted during a recent Q&A on her Instagram Stories that her complexion “freaked out” at the start of quarantine, and she’s switching up her skincare routine to combat the changes.

Though it may seem like a slimy mess, snail secretion is actually very popular in the skincare community, particularly in Korean beauty products.

PS- $75 for a jar of snail slime? Really? The cosmetics industry is run by a flotilla of pirates.