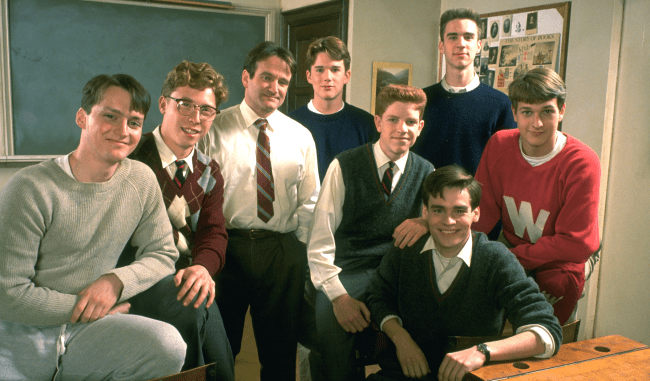 Over the weekend, Ethan Hawke was doing a Q&A session at the 55th Karlovy Vary International Film Festival when the subject of working with Robin Williams on the film Dead Poets Society was raised.

The 50-year-old actor was on hand to receive a lifetime achievement honor at the Czech Republic film festival.

Surprisingly, the Training Day actor did not look back too fondly on his relationship with the late actor and comedian.

“I thought Robin hated me,” Hawke admitted. “He had a habit of making a ton of jokes on set. At 18, I found that incredibly irritating. He wouldn’t stop and I wouldn’t laugh at anything he did.”

Hawke continued, “There was this scene in the film when he makes me spontaneously make up a poem in front of the class.

“He made this joke at the end of it, saying that he found me intimidating. I thought it was a joke.

“As I get older, I realize there is something intimidating about young people’s earnestness, their intensity,” he added. “It is intimidating – to be the person they think you are. Robin was that for me.”

Hawke also admitted that, despite any tension he may have felt with Robin Williams, the Good Morning Vietnam star helped him sign with his first agent.

“He called, saying, “Robin Williams says you are going to do really well.”

Hawke will soon be seen in the new Marvel series Moon Knight as well as the film Knives Out 2.