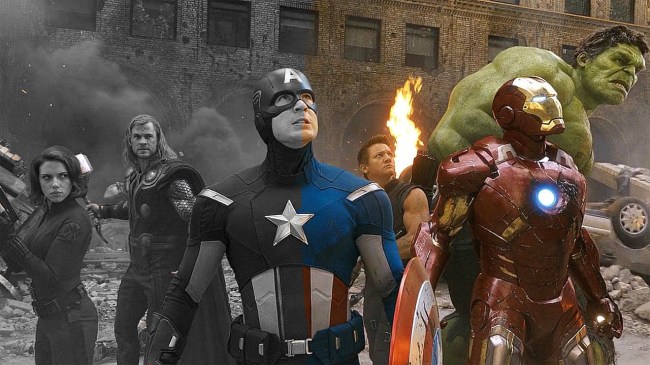 As the Marvel Cinematic Universe continues to expand, the expectation to deliver new, exciting, and innovative stories continues to grow.

Given the increasingly eclectic ways that the MCU has recently branched out — Black Panther, Captain Marvel, Thor: Ragnarok, etc. — fans can certainly expect that trend to continue in the coming years with inherently eccentric films such as Eternals, Shang-Chi and the Legend of the Ten Rings, and perhaps most notably, Doctor Strange in the Multiverse of Madness.

Of all the upcoming MCU projects, Doctor Strange 2 is perhaps the most intriguing, as various outlandish rumors regarding the film — Deadpool’s debut, Wolverine’s return, Keanu Reeve’s casting, and so on —  have hit the internet in recent months. And despite all of these truly bizarre rumors, this latest one regarding the OG Avengers may be the wildest one yet.

According to sources close to We Got This Covered – the same ones who told us Daniel Radcliffe was being eyed for Moon Knight, [SPOILERS] would be revealed as a traitor in The Rise of Skywalker and Ace Ventura 3 is now in early development, all of which have been proven true – Marvel plans to bring back a few of Earth’s Mightiest Heroes but since they’ll be from alternate universes, they’ll be evil versions of the heroes.

It’s unclear as of yet who, exactly, might return, but from what we understand, the plan is to have at least a couple of the original Avengers show up in the planned New Avengers movie, with the new version of the team (see: Black Panther, Spider-Man, Captain Marvel, Doctor Strange, etc.) coming across the evil versions of their old friends and having to fight them. This will apparently be a one and done situation, though, meaning that once these evil Avengers are defeated, we won’t see them again. [via We Got This Covered]

Editor’s Note: I have personally cross-referenced We Got This Covered’s supposed scoops from sources, and unless they’re changing the publish dates on their articles, they have accurately reported on rumors that have later been confirmed.

If Marvel really leans into the potential that cracking open the multiverse would allow, even scenarios as batshit insane as this one become more than a realistic possibility. Regardless of what ultimately happens, we do know this: Doctor Stange In The Multiverse of Madness — described as the first “horror” film in the MCU — is shaping up to be a bonkers one.