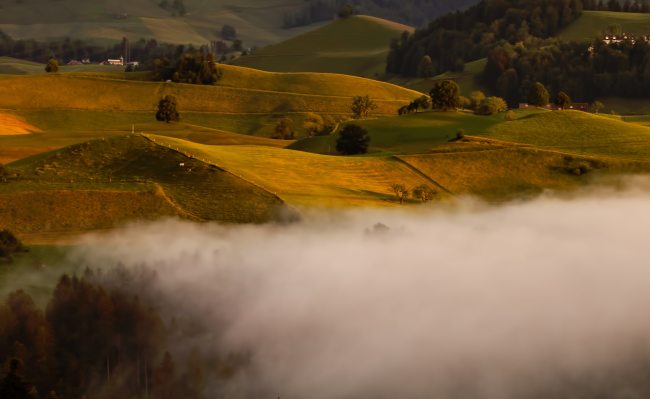 Last year, the man who oversees the public affairs branch of the National Hurricane Center revealed he typically receives dozens of emails on an annual basis sent by armchair meteorologists who seem to think they’re the first person to dream up an unconventional way to prevent the storms from making landfall: by nuking the everloving shit out of them.

Unfortunately, you’d have about as much success trying to stop a hurricane with an atomic blast as the jets in Independence Day did when they fired a barrage of missiles at an invading ship before Jeff Goldblum was able to use a MacBook to disable its force field—as is the case with every single strategy the United States has unsuccessfully harnessed since researchers first began to look into possible solutions shortly after the end of World War II.

There’s no telling if scientists will ever be able to make the giant leap that would allow them to prevent those massive storms from ever making landfall, but according to The New York Post, a farmer in New Jersey claims he recently took one small step after getting “bored from all this COVID shit” and devoting some of his newfound free time to creating a giant cannon he claims he’s been using to control the weather and ward off hailstorms that would otherwise endanger his crops.

Earlier this week, the outlet reported residents in the town of Hammonton have been flooding 911 with calls concerning massive booming sounds one person claimed were “almost blowing our houses off their foundation.’’ While no one was able to provide an explanation, that changed when Rob Butkowski came forward and revealed the source of the noise was the absolute unit he engineered to fire shock waves  that can travel 300,000 feet and are allegedly able to “split clouds apart”

Butkowski says he uses a combination of gasses in a propane tank to create a condensed explosion that’s ejected out of the cannon’s horn, and while nearby residents have asked the police to step in, Butkowski says there aren’t any laws that explicitly prohibit the device.

I’ve never owned a farm but I have wasted far too many hours of my life playing Farm Simulator, and as someone who’s had to deal with my virtual crops being damaged by hail, I can certainly sympathize with his plight and can only hope this device will be available for purchase in the next installment.