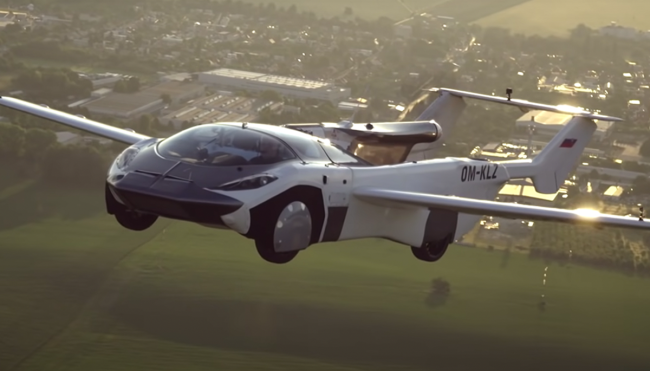 In 1989, Back to the Future Part II attempted to predict what the world might look like when Doc Brown and Marty McFly hopped inside their trusty DeLorean to make the jump to October 21, 2015.

Unfortunately, when that date rolled around in real life, there was a noticeable lack of hoverboards, self-tying shoes, tiny fusion reactors fueled by household trash, and many other of the advancements the movie prophesized.

The film was also one of the countless pieces of pop culture to predict it was only a matter of time until the skies would become filled with flying cars casually ferrying members of the general public from place to place. When you consider the first flying car prototype was unveiled in 1917, you’d think we would’ve made a fair amount of progress on that front by now, but it still seems like the future we’ve been promised for over a century may never arrive.

It’s not for lack of trying, as plenty of companies have devoted huge chunks of cash to research and development in the hopes of being the first to realize that vision. Last year, the PAL-V Liberty made headlines when it became the first flying car legally permitted to drive through the streets of Europe—only to have its spot blown up a week later when the Klein Vision AirCar successfully completed its maiden voyage.

Now, the AirCar has achieved another huge milestone after it became the first flying car to complete a trip between two cities. On Monday, the vehicle took to the skies from an airport in Nitra, Slovakia and stayed there for 35 minutes before touching down in the capital city of Bratislava.

I’d like to tentatively congratulate the future on finally arriving. It sure took long enough.