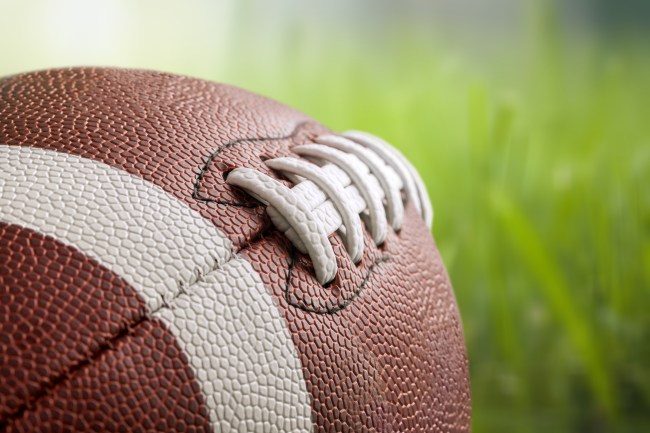 Less than six months ago, Jaylon McKenzie was featured in Sports Illustrated as one of the Six Teens Who Will Rule The Future In Sports. The eighth grade running back, receiver and defensive back from Central Junior High in Belleville, Illinois made waves after catching five passes for 161 yards and two touchdowns at the NFL’s 8th Grade All-American Game in Canton, Ohio this past August. He had already had college offers from University of Missouri and University of Illinois and had plans to play football at the professional level when the time came.

But Jaylon’s dream of playing for the Los Angeles Rams or Chargers will never be realized, as the 14-year-old was shot and killed by a stray bullet at a party on Saturday night.

At 3, he was dressing up like he was going to a game.

At 5, he started playing tackle football.

At 13, he was featured in Sports Illustrated for his talents on the field.

Jaylon’s mother, Sukeena Gunner, claimed that her son was so dedicated to sports, he hardly ever attended parties. Fighting back tears, she said witnesses to the shooting told her Jaylon was hit by a stray bullet after a fight broke out at a party. He and a 15-year-old girl were taken to a hospital where Jaylon died a short time after. The girl, 15, remains in critical condition, according to police.

“It’s so hard to fathom that someone took my baby from me because he dreamed so big,” Gunner said, fighting back tears. “I can just remember him coming into my room and telling my husband to call his name. ‘We have a 5-6 running back, Jayyyyy-lonnnn MacKenzieeee.’ And he would run into the room after his name was called.”

“He wasn’t a man of many words,” his mother said. “He had a humbling personality. He wasn’t very outgoing, but everybody knew him and loved him.”

As a seventh grader, Jaylon rushed for 1,546 yards and 21 touchdowns. It’s a shame we won’t be able to watch this talent blossom.

A violent weekend in St. Louis. 17 people shot in the city.

And in the Metro East, an ***8th grader*** was shot and killed. His name was Jaylon McKenzie, and he was a rising football star. His heartbroken mom sent me these photos. pic.twitter.com/Wa3vwaxkpq

This young man was robbed of his life! 😡😠

My heart and prayers goes out to Jaylon McKenzie family and friends. Matthew 5:4

What a fucking shame.