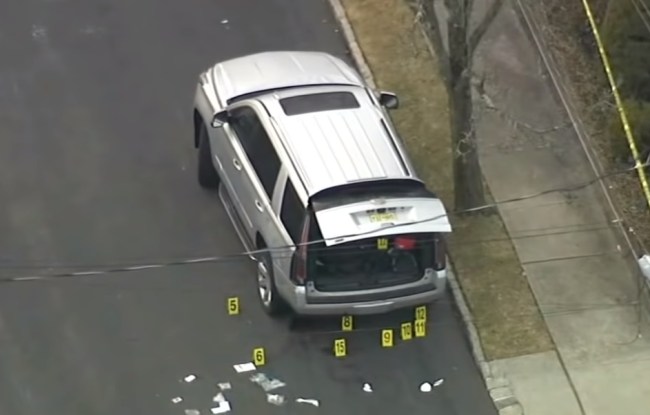 There’s been an arrest in the murder of Gambino family mob boss Frank Cali. A 24-year-old man was arrested on Saturday in connection with the flagrant shooting of reputed crime boss Francesco “Franky Boy” Cali.

The reported murderer is Anthony Comello and he was taken into custody in Brick, New Jersey. Comello will face a charge of murder in New York for the March 13th fatal shooting of Franky Boy.

“The investigation is far from over,” NYPD Chief of Detectives Dermot Shea said on Saturday. “We do not believe this is a random act.” Detective Shea said police were still attempting to determine Comello’s motive for killing the mob boss and whether he was working for or with other people. It is not confirmed that the mobster’s murder was related to organized crime, but authorities were investigating “multiple, multiple angles.” Shea did say that the shooting did not appear to be a random act.

“We are well aware of Mr. Cali’s past. That will be a part of this investigation as we determine what was the motive for the incident on Wednesday evening,” Shea said. As of Saturday, Comello was in Ocean County Jail on a murder count and is pending extradition to Staten Island.

Shea said Comello had “crossed paths” with New York police multiple times, including receiving a parking summons on the same day as Cali’s murder. Comello is said to have multiple residences including in Staten Island, which is the same city as where Frankie Boy was gunned down in front of his home at 25 Hilltop Terrace.

On Wednesday, the 53-year-old Sicilian native Francesco Cali was shot multiple times in the torso in front of his Staten Island home. The killer used a 9mm handgun to whack Cali according to authorities. Police received a 911 call at 9:15 pm on Wednesday regarding the shooting.

There were new details in the investigation revealed on Saturday including that fingerprints were recovered from multiple locations at the scene, including Cali’s car. Police are also reviewing video from the neighborhood, which may have led to the quick arrest of Anthony Comello.

A vehicle drove in front of Cali’s house, came to a stop, and then reversed their car to crash into the Franie Boy’s parked Cadillac SUV. The force of the impact knocked the license plate off the SUV. The crash alerted Frank Cali and he came out of his house to assess the situation.

Video shows the driver and Cali talking and then shaking hands. When Cali went to go get his license plate off of the ground, the gunman took out his 9mm handgun and shot Cali with six bullets. Cali was taken to the hospital, but he was already dead.

Cali’s murder is the first major mob hit within New York City’s five ruling Mafia families in more than 30 years. The last Mafia boss to be murdered in New York City was Gambino don Paul Castellano, who was famously assassinated outside Sparks Steak House in Manhattan at the order of gangster John Gotti.

Francesco “Frankie Boy” Cali is believed to have taken over the reins of the notorious Gambino crime family in 2015. Cali was arrested in 2008 when he pled guilty in an extortion scheme to build a NASCAR track on Staten Island. He was sentenced to 16 months in prison and was released in 2009.