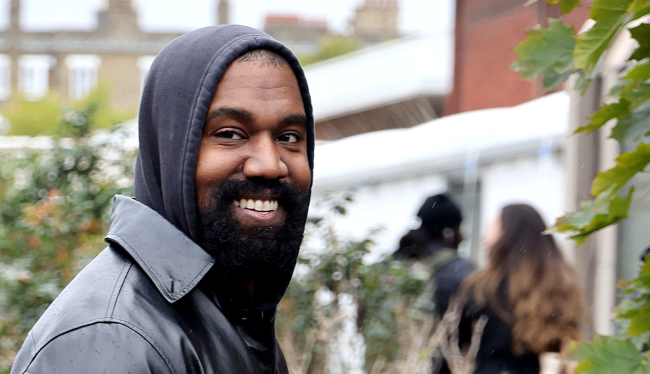 The artist formerly known as Kanye West (he says he changed his name to Ye) has been on quite a roller coaster ever since he dropped a bunch of anti-Semitic remarks a couple of weeks ago.

He lost his deal with Balenciaga. His very lucrative deal with adidas ended when they kicked him to the curb. His divorce lawyers dropped him as a client. His talent agency, CAA, severed ties with him. And he lost a status that was obviously very, VERY important to him as he is no longer considered to be a billionaire.

Related: Kanye West Stuns Adidas Execs By Showing Them An Adult Film During A Business Meeting

West also has a $250 million lawsuit hanging over his head, filed by the family of George Floyd.

On Tuesday, another shoe dropped (so to speak) when apparel chain Gap announced that it is “taking immediate steps” to remove products from its Yeezy Gap line created in partnership with Kanye from all of their stores.

It is unclear what the Gap means by “immediate steps” since it’s been about two weeks since West made his initial anti-Semitic comments, but sure, let’s go with that.

“In September, Gap announced ending its Yeezy Gap partnership. Our former partner’s recent remarks and behavior further underscore why,” Gap’s statement reads. “We are taking immediate steps to remove Yeezy Gap product from our stores and we have shut down YeezyGap.com. Antisemitism, racism, and hate in any form are inexcusable and not tolerated in accordance with our values. On behalf of our customers, employees, and shareholders, we are partnering with organizations that combat hate and discrimination.”

So, no more clothes being sold out of trash bags at the Gap? How will we ever cope?