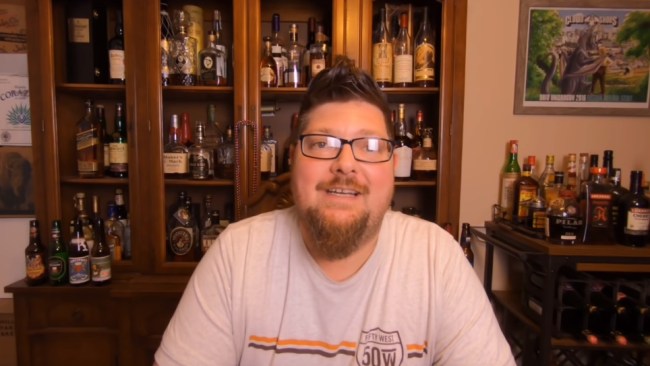 Today is National Beer Day and we have an uplifting and powerful story about the magnificence of beer. One man gave up food for Lent and his only sustenance is beer, bubbly, refreshing, delectable beer.

A month ago, the story of the man who gave up eating food for Lent and only drinking beer went viral. It turns out that his religious sacrifice also came with a blessing of weight loss because the Ohio man has lost over 30 pounds since starting his all-beer all-the-time diet.

A week into his glorious sacrifice, Del Hall had lost 17 pounds. The weight has continued to melt off by not eating food. With 31 days into his journey of ditching food in favor of beer, Hall has lost 33.5 pounds. BEHOLD… THE POWER OF BEER!

One would surmise that you’d get a pretty good buzz when drinking on an empty stomach. But don’t worry about Hall drinking on the job because his job is all about drinking. Hall works at the Fifty West Brewing Company in Cincinnati, Ohio.

Hall’s inspiration for his beer diet was derived from 17th-century Bavarian monks who brewed beer specifically for a liquid-only Lent fast. “Being master brewers, they decided they would take a popular style of beer in Germany, bock beer, make it extra hearty and that would be their liquid bread and that’s what they call it,” Hall explains. “So the monks in Bavaria, they would call doppelbock liquid bread and basically it would sustain them through the 46 days of Lent.”

RELATED: Sony Is Making ‘Breaking Bad’ Beer Appropriately Named ‘Schraderbrau’ And Hank Schrader Is All For It

Hall, who is an Army veteran, still has two weeks to drink beer for breakfast, lunch and dinner. Easter will be 46 days that Hall has survived off only beer.

“I’m an army veteran I was number one in my class in the army, I’ve run a full marathon before 26.2 miles I’ve done big challenges but this seems very daunting so I’m just curious if I’m up to the challenge, if I’m going to be able to do it or not.”

“Weirdest thing is my dreams, I have been dreaming about food every night,” Hall said. At least Del is not tortured with dreams of beer.

RELATED: 101-Year-Old WW II Veteran Says Drinking Beer Every Day Is The Secret To Long Life Gets A Surprise From Coors Light