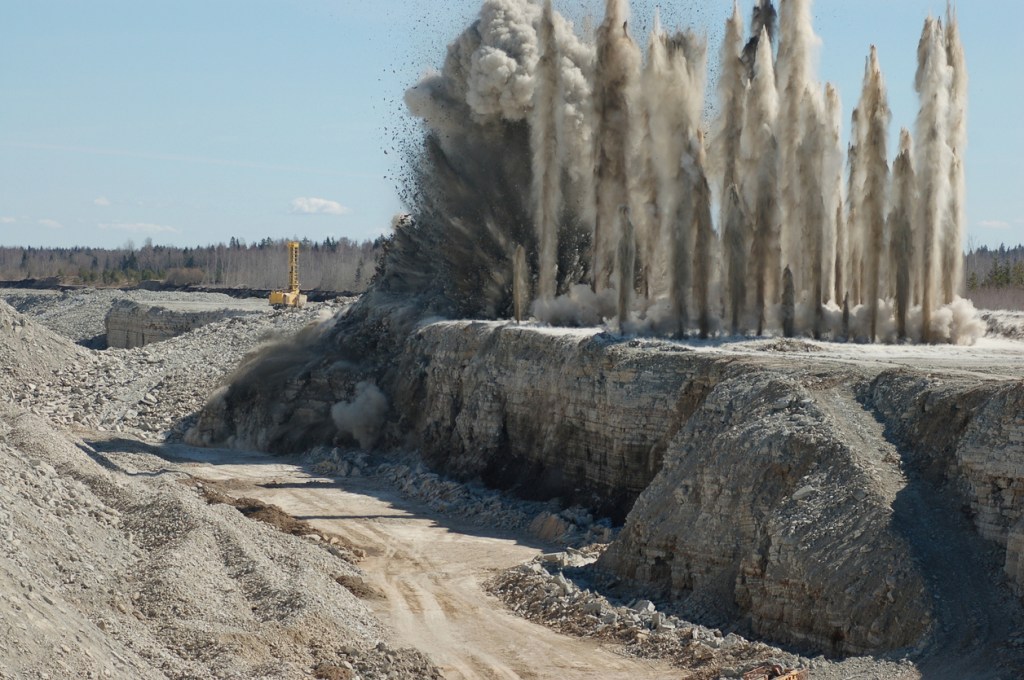 Gender reveals are a plague on society. At best, it’s a family being forced to stand around and stare at the parents-to-be doing something stupid while grandma needs a chair to sit and doesn’t ahve a damn clue what’s happening. At worst, highly explosive Tannerite is used to blow up a New England quarry and create an explosion so powerful it’s believed to have destroyed the foundation of homes, it shut off clean water in the area, and locals mistook it for an earthquake.

Seismologists confirmed there were no earthquakes in the area. It was just a massive explosion during a gender reveal. If we’re looking for a silver lining in this incident I guess it’s the fact that the couple at least had permission from the company that owns the New Hampshire quarry.

Residents in Kingston, New Hampshire said the “god awful blast” was “earth-shaking” and “it was like nothing they had ever heard before” according to NBC Boston.

Can we hit the damn pause button for a moment and let it sink in that this GENDER REVEAL using Tannerite, an extremely powerful explosive that is NOT regulated by the US Bureau of Alcohol, Tobacco, Firearms, and Explosives (ATF), was so powerful it’s made national news and shut off water to surrounding homes AND was mistaken for an earthquake. Here’s a local whose tweets have gone viral:

Someone blew up a gravel pit with tannerite for a goddamn GENDER REVEAL and now our tap water is brown.

I wish I was joking!!!! pic.twitter.com/mbROG536Sb

UPDATE: Kingston police say approx. 80 pounds of Tannerite were used at that gender reveal party that caused a massive explosion that shook homes for miles. Man who detonated it has turned himself in to police and is cooperating. Police haven’t decided on charges. @UnionLeader

So a Gender-reveal party used 80lbs of Tannerite, and caused a giant explosion. Last summer, a gender-reveal party in California using tannerite started a wildfire that killed people and burned down hundreds of homes.

What is wrong with you people? Why not just use a damn cake?

Someone took a photo of the explosion where they used 80 pounds of Tannerite for a gender reveal party pic.twitter.com/ilzqvMgPYo

How pissed would you be if you were one of these neighbors?! I’m sitting here thinking about how we should create a new origination like The Darwin Awards but for the Worst Neighbors of the Year where annual awards are passed out to people who do things like this.

“We heard this god-awful blast,” Sara said. “It knocked pictures off our walls.” It shook houses in surrounding neighborhoods and was even captured on a doorbell camera from the next town over. The Taglieris called 911 and waited for Kingston police. In the meantime, social media lit up. People as far south as the Merrimack Valley were wondering what had happened. “It cracked foundations of our neighbors’ [homes]. I don’t know how that’s right.” — Matt Taglieri

Some claimed it was an earthquake, but that’s not the case. Our team of meteorologists said there were no earthquakes reported around that time. Kingston police confirm it was a gender reveal using explosives. “Are you kidding me?” said Taglieri. “I’m all up for silliness and what not, but that was extreme.” (via NBC Boston)

Police are investigating the blast. Tannerite is believed to be an explosive that isn’t regulated by the ATF and the squad had permission to do the gender reveal at the quarry. The baby is a boy, by the way. So it’s unclear what happens next since they didn’t really do anything explicitly illegal. NBC Boston reports the investigators are looking into possible property damage which could lead to possible charges.

The Torromeo quarry in Kingston, New Hampshire is almost straight north of the city of Boston, just North of the state border between Massachusetts and New Hampshire. It’s not a very exciting place to look at on Google Maps: 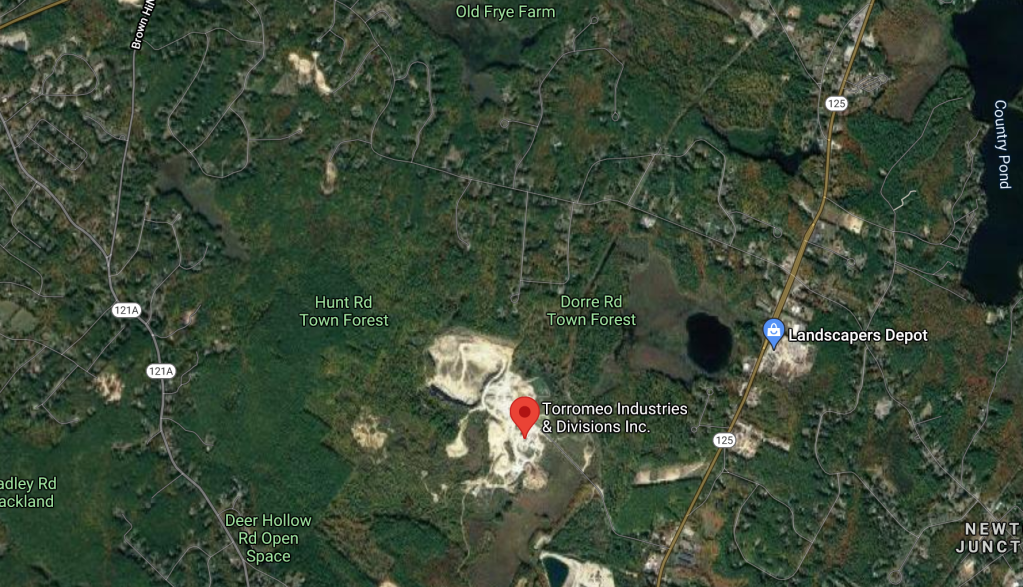 The fact that there’s nothing around almost makes it an ideal place for a massive explosion, in theory. But anytime you’re overzealous and use 10x more explosives than you need you’re going to run into problems. Case in point, the exploding whale in Oregon which became the first viral video in history. If you’ve never seen this clip, it’s considered to be the very first viral video ever. All hell breaks loose after a plan to blow up a dead beached whale using waaaaayyyyyyy too much explosives. The video was remastered for the 50th anniversary of the incident last November:

That’s absolutely one of the top 10 videos ever recorded.