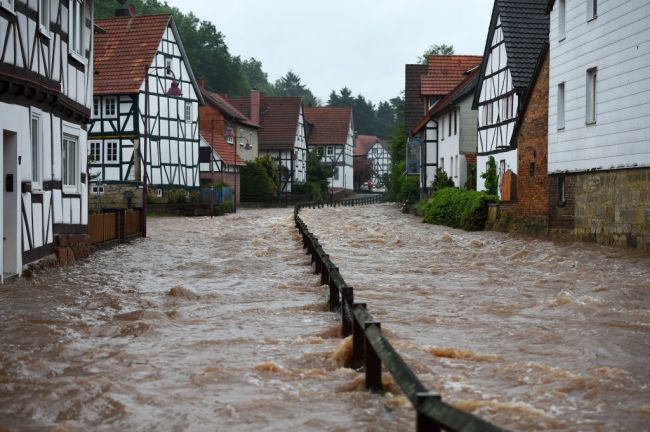 The catastrophic floods that have tormented Europe western Germany and parts of Belgium last week are no laughing matter.

At least 180 people have died in Germany (and another 31 in Belgium) after the region was hit with two months worth of rainfall in two days, sparking raging floods that have destroyed centuries old communities. Germany’s national railway operator estimated that last week’s flooding caused damage worth 1.3 billion euros ($1.5 billion) to its network, according to AP.

In times of devastation, the human spirit shines through. 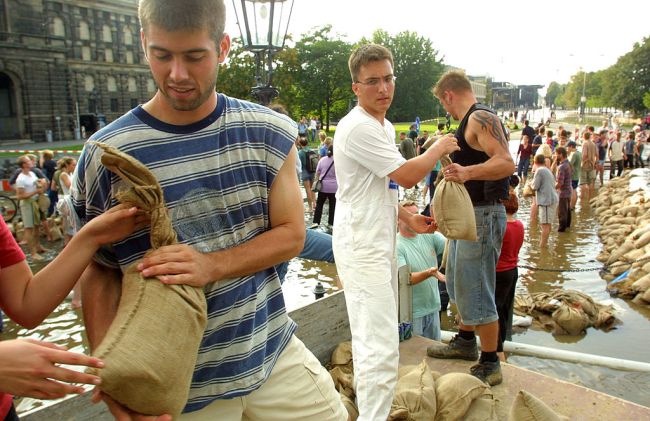 This is not one of those stories.

A German TV reporter named Susanna Ohlen was suspended after a pedestrian filmed her rubbing dirt and debris on herself before going live with a segment detailing the damage.

Initially, the network presented the story under the lede, “Cleaning up after the flood: RTL presenter Susanna Ohlen lends a hand in Bad Muenstereifel.” Susanna can be seen in the segment wearing gloves and holding a shovel because perception isn’t everything, it’s the only thing.

In the wake of the secret onlooker’s video posting to Twitter, a spokesperson for the German network claimed that the act “contradicts journalistic principles and our own standards” and handed Susanna a leave of absence.

Susanna herself then released a statement, obtained by TMZ:

“After I had already privately helped out in the region on previous days, on that morning I was ashamed to appear on camera in front of the other aid workers with a clean upper body.”

Germany, before you exile Susanna, please know that this is par for the course in America. We got Bear Gryll’s drinking his own urine for absolutely no reason, Brian Williams lying about his whereabouts, and Anderson Cooper playing the hero no one asked for.