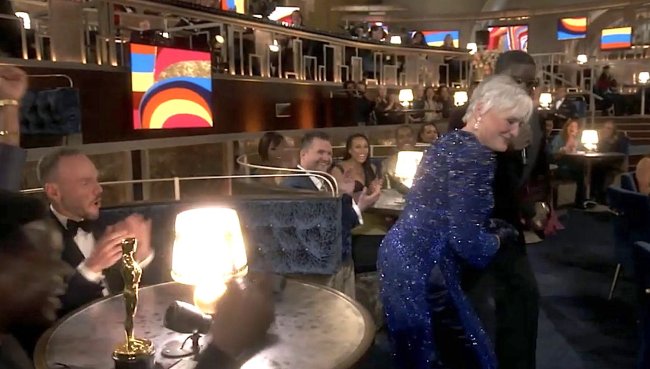 Stop me if you’ve heard this one before: the Academy Awards were a mess last night. Even during years that aren’t in the throws of a pandemic, the Oscars tend to be a shitshow, so the 2021 iteration of the event was essentially destined to be a trainwreck.

Now, to be fair, it’s not as though the entire show was a complete disaster, but rather, the lows were so preposterously low that they dragged down the ceremony as a whole. We’ve already written a couple of articles on the stunning decision to give Anthony Hopkins the prize for Best Actor over Chadwick Boseman (personally, I don’t think it’s all that insane in terms of quality of performance, but rather, in terms of optics — Boseman was a -1500 favorite headed into the night!). That shock was only compounded by the bizarre move of abruptly ending the broadcast right after the award was announced, despite reports that The Father co-star Olivia Coleman was prepared to give an acceptance speech in Hopkins’ stead. There was also the rollout of the West Side Story trailer, which was immediately marred in controversy due to last year’s sexual assault allegations against its star Ansel Elgort, and a controversial Chadwick Boseman NFT in the gift bags given to attendees.

And yet, despite all of that, there was a glimmer of hope: at the tail end of a typically cringeworthy segment where various guests guessed whether or not the song they were hearing was nominated for an Academy Award, eight-time Academy Award winner Glenn Close unleashed what seemed like the nights’ best moment: Da Butt. In a vacuum, the idea of 74-year-old Glenn Close having this dance move in her back pocket would fetch a grin out of even the most jaded of cynics, no?

Glenn Close stole the show at the #Oscars pic.twitter.com/dYeKMfqUW0

But, because our world is nothing more than a poorly run simulation, the whole thing was (unsurprisingly) scripted and was ultimately nothing more than another Hollywood smoke-and-mirrors show designed to pantomime human joy instead of actually expressing it.

While playing a game of “name that song” during an unexpected break in Sunday night’s proceedings, actor Lil Rel Howery turned the spotlight on screen icon Glenn Close, who floored the crowd — and the internet — with her bootylicious dance moves.

The Los Angeles Times has confirmed that Close’s twerk-tastic performance was part of a scripted bit designed for laughs. It worked, as evidenced by Twitter users who promptly lost their minds.

Pain. Turns out the only real moment of the night was Daniel Kaluuya thanking his mom and dad for ditching the condom. At least you would’ve won some money if you listened to us about Frances McDormand.