Read The Grateful Dead’s Angry Response To A Letter From Warner Bros. Records In 1967 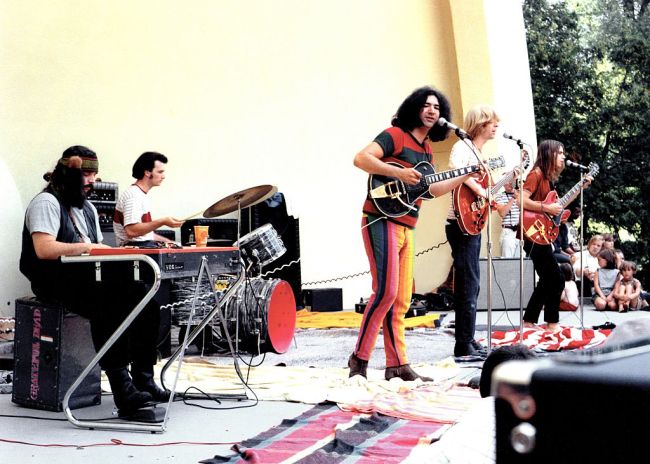 No one likes having a boss, especially if your boss doesn’t have your life and best interests in mind. Until you’re able to cash all your chips out and ride into the retirement sunset, we all have to tolerate one in exchange for gainful employment to be contributing members of society.

In the immortal wisdom of the the Grateful Dead, “keep your day job, till your night job pays.”

In 1966, the Grateful Dead signed a record deal with Warner Brothers and released their first studio album on March 17, 1967. Musically, the Dead’s self-titled freshman album is pretty unremarkable in the band’s three decade canon; Phil Lesh commented that “the whole process felt rushed” and Bill Kreutzmann said in his memoir that the songs’ “recorded versions failed to capture the energy that we had when we performed them live.”

Warner Bros. saw a deal with The Grateful Dead as a chance to cash in on the acid-soaked psychedelic sounds growing in popularity out of San Francisco. The Dead were well on the path to becoming a full-blown cultural phenomenon at the time.

Despite never really becoming hitmakers for the label, The Dead ended up stayed with Warner Bros. for over six years while rapidly gaining culture significance in the late 60s for their live concert experience, yet eventually releasing nine albums to fulfill their contract.

Except things weren’t exactly groovy between the band and the suits at Warner Bros.

In late 1967, Warner Bros VP Joe Smith fired off an all-time nastygram to Danny Rifkin, one of the many characters with a “management” title in the Dead’s orbit in Haight-Ashbury. The Warner Bros. suits wanted another album pronto. The band couldn’t care less.

In an angry missive, Joe called the band “undesirable” and noting that “your artistic control is subject to reasonable restrictions”, via Dead.net:

“The Grateful Dead is not one of the top acts in the business as yet. With their attitudes and their inability to take care of business when it’s time to do so would lead us to believe that they never will be truly important.”

It’s a pretty bitchy, demanding note from a boss to a band that was just starting to settle into their sound. From the band’s perspective, the suits were worked up about the wrong things entirely.

When received, the Dead said how they really feel by underlining certain parts and writing “f*ck you” in big letters on the note and firing it back to their boss.

Fortunately, someone saved the carbon for the archive.

Here’s the first half, posted by buddy RJ Bee of Osiris Media. Read the second half on Dead.net.

The letter that the Grateful Dead sent back to Warner Bros. Records in 1967 pic.twitter.com/bO0BSgpe5B

It’s a bold yet angsty move that’s woven into the fabric The Dead’s Prankster-esque lore – raising the middle finger to the man to make art on their own terms.

If you haven’t caught Long Strange Trip, the Grateful Dead docuseries on Amazon, this story is pretty well documented.

While The Dead look like the workingman’s hero here, history cements the move as a solid one for both parties: The Dead went down as one of the most beloved and revered musical acts in American history over the course of their career, doing things their way (… even though that also came with a tremendous amount of internal pressure). Joe Smith went on to support the recording careers of some of the biggest names in rock ‘n roll, including Jimi Hendrix, Black Sabbath, Joni Mitchell, Randy Newman, The Eagles, and Mötley Crüe.

Chalk it up to a learning experience for both.

Shortly after this exchange, the band sucked it up and went on to record their sophomore album, Anthem of the Sun, released in 1968.

I like to think of this story as a classic business parable: Sometimes a heated, impassioned response in a business situation shuts you out from opportunity, both in the near term or the long term. Maybe you feel like you held your own, but maybe you also feel foolish for setting a bridge on fire.

Cooler heads prevail, as they say. No one wants to deal with the frustrations that come with unemployment, internal disgruntlement, or slamming the door on a potentially lucrative opportunity.

Sometimes holding ones own puts one on a path of greater opportunity. A calculated and firm “no” might seem stupid at the time if the world comes crumbling down around you, but it’s often the spark that starts to etch one’s bigger destiny.

As The Dead put it so well…

Once in a while, you get shown the light, in the strangest of places if you look at it right.