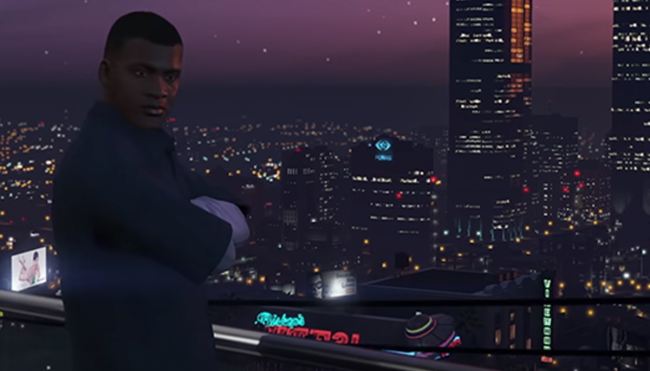 Prior to last week’s PlayStation Showcase, eternally optimistic fans of the Grand Theft Auto franchise convinced themselves Rockstar would finally drop the trailer for the long-awaited sequel to GTA V, which will celebrate the eighth anniversary of its release on Xbox 360 and PS3 later this week.

When the event kicked off, we were treated to trailers for the upcoming follow-ups to the incredibly enjoyable Spider-Man and the most recent installment of God of War. When you consider both of those sequels were announced three years after their predecessors dropped, it didn’t seem unreasonable to expect some Grand Theft Auto news, which we eventually got in the form of…yet another trailer for GTA V.

GTA V was initially upgraded in 2014 for what was then the next generation of consoles and got an even more impressive facelift when it dropped on PC the following year. However, there weren’t exactly a ton of people clamoring for the next-next-gen version that’s slated to drop on PS5 and the Xbox Series X and S in March.

By this point, it’s clear Rockstar is more than happy to milk the title (and the wildly lucrative Grand Theft Auto Online) for all it’s worth. However, it’s also clear the promise of “improved graphics” and “seamless character switching” isn’t doing much to appease a fanbase that’s nearing a breaking point as the “Here we go again” meme from Grand Theft Auto: San Andreas begins to hit a little too close to home.

Finding out that Rockstar games is releasing another version of GTA V and realizing that we’re never getting GTA 6 pic.twitter.com/Kqd4Izbo48

Now, disgruntled fans are expressing their frustration by flooding the trailers for the next-gen version of GTA V with dislikes on YouTube videos sporting some pretty impressive ratios. The one on Sony’s channel currently sits at the head of the pack with 123,000 negative reactions, with Rockstar Games’ coming in second with 117,000 and Xbox leading up the rear with a relatively paltry 6,000. 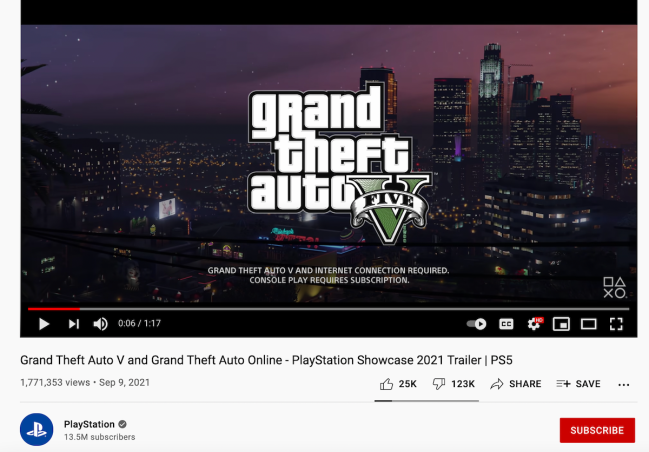 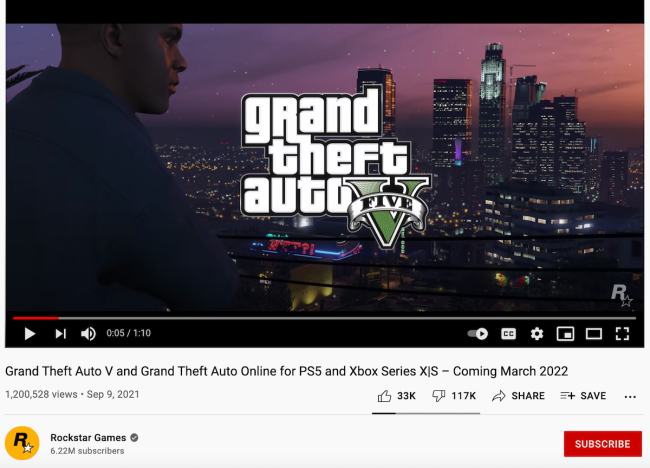 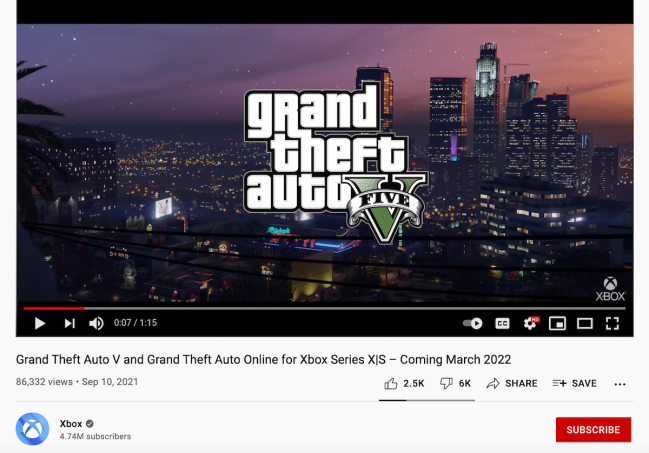