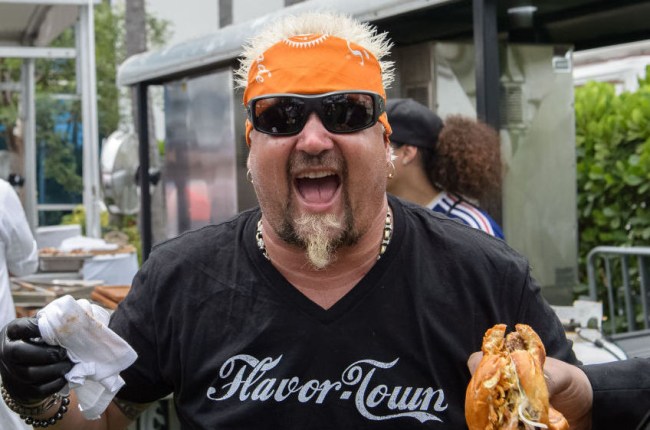 There is perhaps no figure in the cooking world more misunderstood than Guy Fieri, the culinary Boo Radley who in recent years has become an icon worshiped with levels of iconic reverence that have historically been reserved for Shrek and the shirt with three wolves on it that Dwight wore on The Office.

I’ll admit there was once a time when I was also a big fan of the Mayor of Flavortown based on the sheer absurdity of virtually every aspect of his personality, whether it’s the lingo he uses that makes him sound like he’s a 62-year-old substitute teacher trying to connect with apathetic teens, the reality that he’s the greatest global ambassador bowling shirts have had since The Big Lebowski, or that his aesthetic could be summed up by “Uncle Kraker after an industrial hydrogen peroxide accident.”

Also, what the hell is going on with his last name?

However, after watching (or rewatching) literally hundreds of episodes of Diners, Drive-Ins, and Dives, gradually working my way through not one but two of his cookbooks, and seeing him step up on occasion after occasion to help people when they need it most, I realized he’s just an incredibly genuine dude living life by his own damn rules.

I’m always looking to expand my culinary horizons and Guy is just one of the many figures out there who’s encouraged me to do that over the years. Sadly, that’s recently become fairly hard to do as I’ve been regularly forced to play a depressing game of Chopped because the grocery store was barren and restaurants basically stopped being a thing.

It’s hard to process just how much of an impact the current situation will have on the dining landscape when the dust settles, and while the future might be uncertain, Guy did what he could to help the workers who suddenly found themselves without a job last month when he helped establish the Restaurant Employee Relief Fund, which will be giving out up to $500 a person to those in the industry who need an assist right now.

Now, you can also chip in to help the cause and get some sweet, sweet swag for doing so, as Guy has teamed up with Igloo for a limited-edition cooler straight outta Flavortown and 100% of profits stemming from the collaboration will be piped into the fund.

I know what you’re thinking, and no, I’m not sure why there aren’t more flames. With that said, there is already one in my cart. 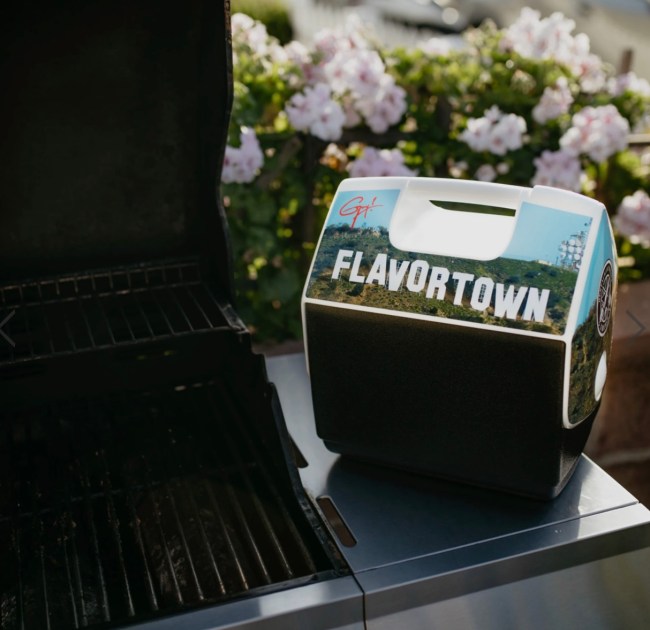