So, The ‘Home Alone’ Reboot Is Really Happening As Disney Announces Premiere Date With Cast Photos 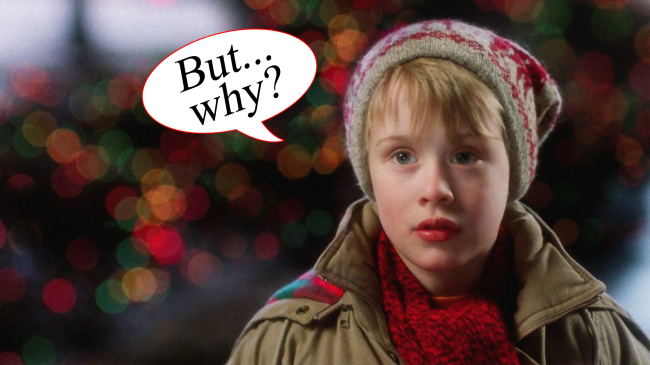 Did you just get chills too?

Yes, that was sarcasm.

As the director of the original film, Christopher Columbus, said on the 30th anniversary of the classic Christmas movie, “What’s the point?”

“No, nobody got in touch with me about it, and it’s a waste of time as far as I’m concerned,” said Columbus. “What’s the point? I’m a firm believer that you don’t remake films that have had the longevity of Home Alone. You’re not going to create lightning in a bottle again. It’s just not going to happen. So why do it? It’s like doing a paint-by-numbers version of a Disney animated film — a live-action version of that. What’s the point? It’s been done. Do your own thing. Even if you fail miserably, at least you have come up with something original.”

Nope. That’s not the direction Disney is going here. Instead, they are “re-imagining” the film. Which will actually be interesting if for no other reason than the fact that, unlike with the original movie, now we have cell phones, the internet, and doorbells with cameras. Pretty hard for a kid and his parents to lose touch with each other in 2021.

Home Sweet Home Alone will debut on November 12th exclusively on Disney Plus, of course, and just to make sure you’re fully psyched about it, Disney’s 20th Century Studios tweeted out some new cast photos Thursday morning.

So… are you looking forward to watching Home Sweet Home Alone, or are you more like these people…?

Home Alone did not need a remake ! The actors involved must have desperately needed a pay cheque. Stop rehashing existing stories that don’t need to be updated !

Who asked for this?

You can take a wild guess which camp I fall into.