Is Home Court Advantage In Sports A Real Thing? A New Study Says It Sure Is 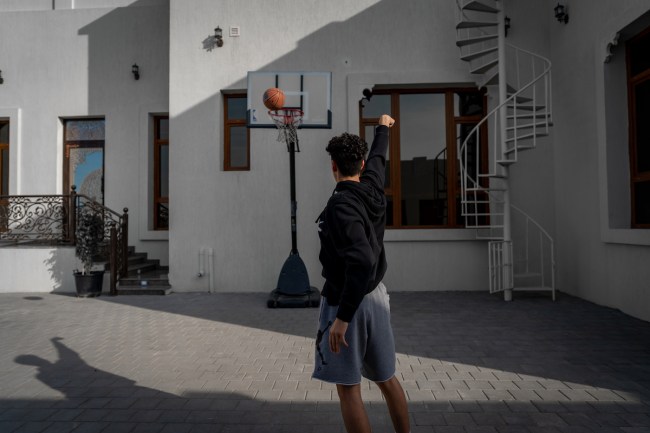 Ever wonder how much, if any, home court advantage makes in sports? Like, every fan’s told that the cheering of a home crowd impacts the outcome of a game, but is there any evidence to actually support that claim? It seems like basic human instinct to think that visiting players are impacted by boos, while home players play better when they have the support of thousands, but who really knows?

Thanks to a new study from the Oregon Health & Science University, we now have an idea of what impact home court advantage has on sporting events.

According to the OHSU study — which analyzed the effect of travel-related sleep issues and sports performance from the 22 NBA teams inside the NBA bubble over the summer — it shows that home court advantage is actually a factor in the outcome of games. For instance, results of the study found that travel-related sleep issues (such as jetlag) may really throw off a visiting players’ overall performance.

Though the bubble presented the opportunity for the study, NBA players also notoriously have terrible sleep due to travel. The average NBA player flies up to 50,000 miles per season, often traversing time zones or leaving for the next destination as soon as a game ends, according to ESPN, as they normally play 82 games in less than six months.

Researchers found the NBA teams that didn’t travel had improved shooting accuracy and better rebounds compared to before the pandemic.

Now, the NBA Bubble was a small sample size that very well could have had other factors for why teams scored more and players performed better. But eliminating all the travel and having a more regular sleep schedule seems to have played a major role in that. It might be why we saw so many high-scoring contests during the three months that teams were isolated.

While the OHSU study revealed that home court advantage does exist thanks to the elimination of travel-related sleep issues, the idea of better sleep for better performance is evident in many aspects of everyday life.

For instance, the study’s author, Andrew McHill, an occupational health scientist who specializes in sleep disturbance and circadian rhythms, added that “being accurate and precise could be very important” for people tasked with things like giving a presentation or leading a meeting. So, you know, make sure you fellas get a good night’s sleep beforehand so you can keep better focus and avoid making mistakes.

So the next time you really want your favorite team to win a decisive playoff game, head to the visiting team’s hotel to try and disrupt their sleeping patterns, because, based off research, that’s the best way to get a real home court advantage.