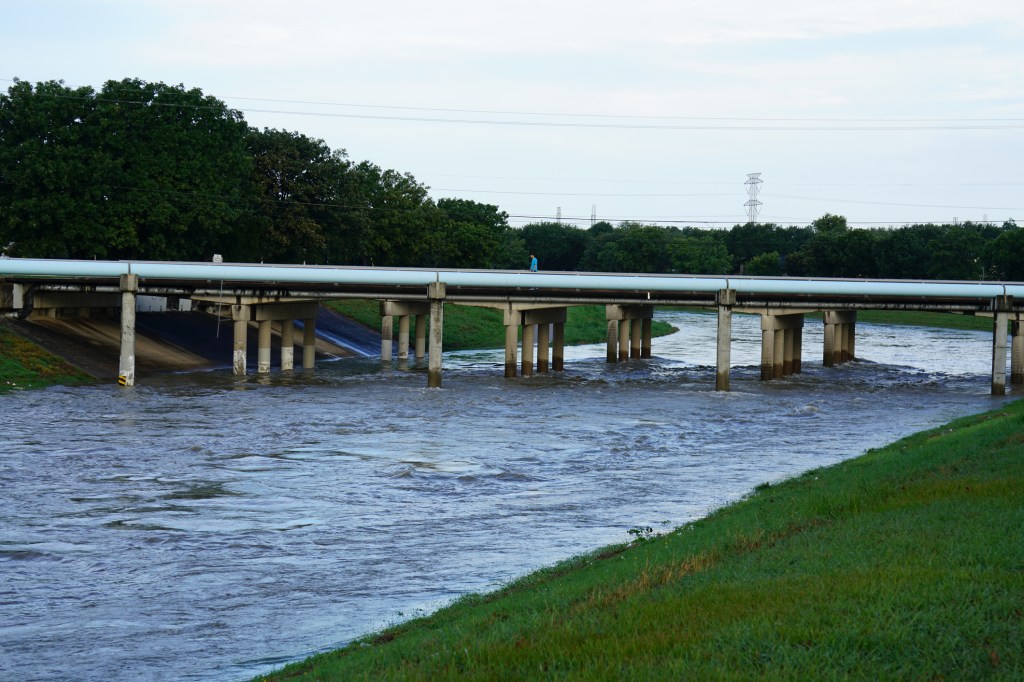 Danny Ocean, Rusty Ryan, Linus Caldwell and the rest of the ‘Oceans 13’ crew would be impressed by this museum heist in Houston on Tuesday night. While Danny and the boys tried to steal that priceless egg in Europe and do it in plain sight, these burglars in Texas put most of the emphasis on the getaway.

According to ABC 13 Eyewitness News, the wild events went down as follows. There were two burglars (man and woman) who entered the River Oaks museum through a basement window grate. The only description of the burglars is they have tattoos on their arms. The burglars didn’t actually have time to steal anything because once they got inside the museum’s alarm went off and that’s when all hell broke loose.

The museum’s security guard chased the pair through the woods. Police responded to the alarm and spotted the would-be-burglars sprinting from the museum and a chase ensued until the pair got to the boat that was waiting for them in Buffalo Bayou. That’s when they took off on boat until they spotted police waiting for them at a bridge. That’s when they turned around and went back the other direction.

Central officers K9 and FOX are searching for burglary suspects near Memorial Park. Suspects broke into a museum and then fled on a boat in Buffalo Bayou. 202 pic.twitter.com/OW4U92ZIsi

Before police could head them off at a bridge in the other direction the pair hid with their getaway boat near some restaurant in a culvert. Police kept looking and spotted them so the pair hopped out of the boat and took off in the underground storm drain system like The Penguin hiding out underneath Gotham City

According to the report on ABC 13 Eyewitness News, police were using dogs in the search. They were using a helicopter. But they disappeared underground like a bunch of criminal masterminds:

Officers followed them in, but ultimately couldn’t find the suspects.
During the storm drain search, HPD lost cell phone and radio connection with a couple of officers, who were then considered missing. The officers were eventually located unharmed.
“Once they had been in there a while, we got concerned because we couldn’t make contact with them. We requested the fire department to come out to help us locate the officers,” Crowson said. “The fire department arrived and we located the officers. They are OK. They got out of the tunnel.” (via ABC13)

On the one hand, given that this took place on a bayou in Houston I’m inclined to think it was some backwoods folks who didn’t really think this through and then started hauling out of there and got lucky. But they were repeatedly able to outwit police chasing them with dogs and a helicopter. They had a dang boat waiting. And they lost police in the storm drains like Bane hiding out from Batman. This ish is WILD and I wouldn’t expect anything less from the Dirrrty South.

Obviously, this is an ongoing investigation. Boats don’t just appear out of nowhere. It’s possible that a traffic camera would’ve been able to catch the boat making its way there or that there’s useful information attached to something on the boat (registration? serial number on the engine? fingerprints?) so I’m sure we’ll hear more about this in the coming days.