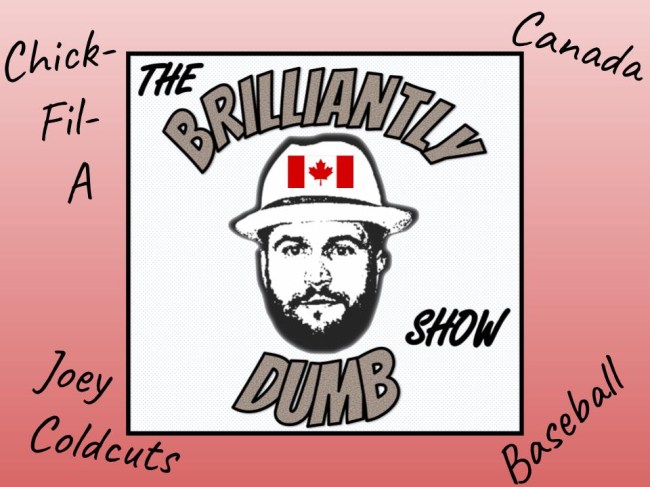 Bros: Not sure if you follow our boy Robby Berger on Instagram yet, but you sure as hell should! We wanted to start recapping episodes of his podcast – The BrilliantlyDumb Show Go give it a listen!

Brits and baseball? You know Robby has something to say about this. With the Yankees facing off against the Red Soxs in London for the first time, Robby dives into the hilarious moments that occurred. I mean tobacco chewing ball players together with the royal family, what an amusing combination.

Chick-fil-A, a well oiled machine with unreal employees, had Robby examine his experiences and the news surrounding the popular fast food chain. Also, did you know that the Atlanta Falcons have a Chick-fil-A in their stadium? Must’ve been an interesting business plan considering all of the Falcon’s games are on Sunday, except for one.

In the Ask Bob segment of the show, Robby answered a fan’s question about which president he would want to hang out with. The answer goes all the way back to a dream he had back in high school.

Finally, in celebration of recording on Canada Day, Robby ends off the show by bringing on close friend Joey Coldcuts. Firing off rapid fire questions, Joey had some comical answers for the Canadian themed questions which included 3 things that Canada has over the USA, Joey’s favorite hockey player, and much more.

Be sure to check out The BrilliantlyDumb Show hosted by Robby Berger every week on Tuesdays. Subscribe below to never miss an episode and leave a review if you enjoy it. Let’s keep the banter going.