The Every Guy’s Guide: How To Cure A Hangover

BroBible may earn a commission if you buy a product or service via links in this article.
by Colin JoliatDecember 15, 2022 12:10 pm 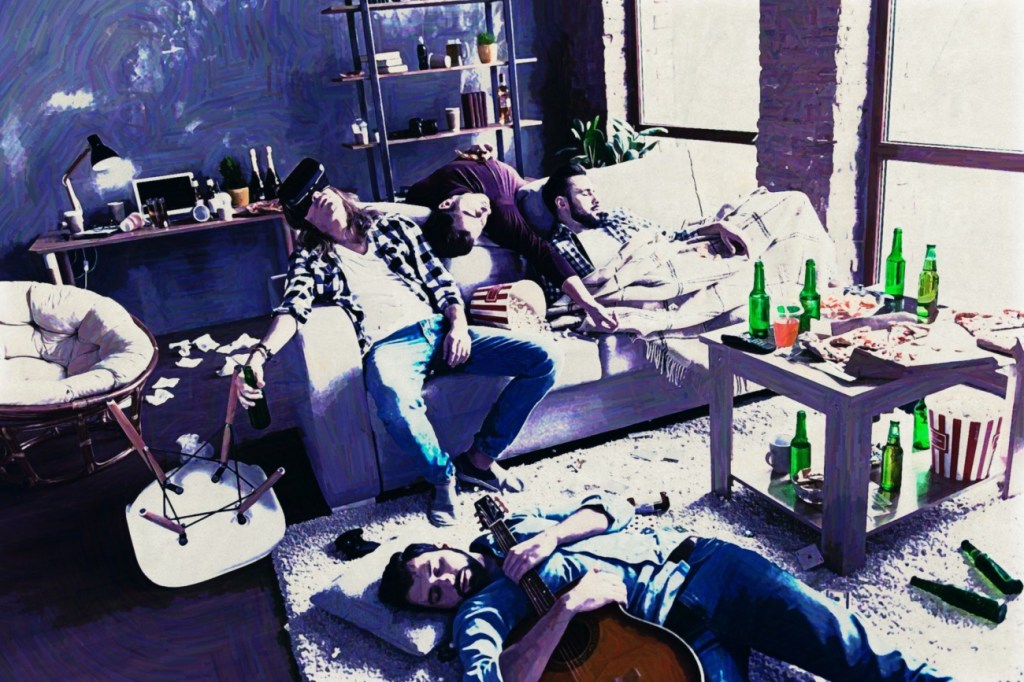 In a cruel twist of nature, drinking, which brings us so much pleasure, also brings with it a significant amount of pain. When I was 21, it was easy to shake off a hangover, but as I put in a couple more years saddled up to the bar, the recovery time has started to get much longer.

Thankfully, through advice as well as trial and error, I have managed to pick up a few tips on how to cure the most common ailment for men.

Check out some of the recovery supplements and products out there out there that you can take either before drinking or before bed. There are all kinds of them out there. A couple that come to mind: Myrkl, which helps eliminate alcohol in the gut and reduces common symptoms experienced after drinking alcohol. Another one is The Plug, a plant-based recovery drink.

Plan ahead. Meaning, before you go to be pop your preferred product and then pray that you wake up feeling refreshed and ready to tackle your day.

If you were smart, you would have pounded 40 ounces of water before you went to bed, but if you’re here because you Googled, “how to cure a hangover,” I’m guessing that’s not the case. The majority of hangover symptoms are due to dehydration, so it’s essential to replace those fluids as quickly as possible.

This is where rehydration supplements like Liquid IV and Hydromate can come in clutch.

If you really want to get the job done though, drink salt water. The salt (1/2 teaspoon per quart) will help your body absorb the water much more quickly, which will have you feeling better in a hurry. Plus, it’ll clear up any canker sores if you happen to be of the age that gets those.

Pull The Trigger: Vomiting typically occurs after a night of drinking, but it can be fairly useful the morning after as well. While it won’t necessarily cure your hangover, it can certainly make you feel better. One of the worst symptoms is an upset stomach. While it’s not the most enjoyable remedy, it is one of the very few things you can do that will have an immediate effect. Strangely enough, chugging water as fast as possible always helps me induce vomiting and makes it slightly less unpleasant.

Sleep: My absolute favorite technique is to just go back to bed. There’s really nothing more simple and enjoyable than hopping back between the sheets to sleep it off. It’s easy to just stay in bed all morning, but that’s not going to get you back to ship shape. It’s important that you get up, replenish those fluids and get some food in you. Once you’ve chugged as much water as you possibly can, let your body recover while sugarplums dance in your head. What, that’s not what you dream about? Don’t judge me.

How To Beat A Hangover: The Hard

Food: Even though you are probably starving, it can be difficult to force down food when you feel terrible. Nothing ever sounds appetizing and even the act of eating can be brutal. It’s important that you do get some food in your stomach though. A banana will help restore your nearly non-existent potassium levels. Toast is simple to make and the carbs will help get your body back in line. And finally, eating fruit will replace all the vitamins that the tequila killed the night before. Nothing tastes better than some pizza or a breakfast sandwich the morning after a big night.

Alcohol: When you woke up, the first thing you did was probably swear off drinking forever. You and I both know that was a lie, but you probably believed it at the time. It can be tough to get back on the horse, but making yourself a Bloody Mary can help make you feel better. While you may just see it as delaying the inevitable, it buys you the time you need to rehydrate and eat before the worst of the symptoms set in. If you play your cards right, you can almost mitigate the hangover entirely. Just don’t let that first drink snowball into a day-drinking session. There’s no recovering from that.

Exercise: Working out is the absolute last thing anyone wants to do the morning after a long night of drinking and dance-offs. Getting out of the house and putting in a light jog though can make you feel much better. Not only does running release endorphins, it also helps take your mind off the upset stomach and headache. Part of the problem with a hangover is that you lay around concentrating on how terrible you feel. Let your body get to work repairing itself while you focus on something else. Just be sure you have plenty of water with you or you are going to undo all your hard work to this point.

Getting Rid Of A Hangover: The Awkward

Pedialyte: While some people go with Gatorade to get their electrolytes, I stick to Pedialyte. It’s meant to rehydrate kids with diarrhea, but works wonders on a hangover. It is not only packed with fast-acting electrolytes, it also has high levels of sodium and potassium, both of which you could probably use right now. If you are the type of person who feels awkward about buying things like condoms though, just wait until you check out with a children’s diarrhea drink.

Midol: From what I can gather from the women around me, menstrual cramps hurt about as much as getting shot in the face. What do they do to ease their pain? Take Midol. If it can cure the worst pain short of childbirth, it can certainly get rid of that little headache and your dehydration cramps. While it may sound like I’m joking, I’m dead serious. This stuff works wonders when you are hungover, far better than ibuprofen. Again though, you may feel a little awkward buying it. Just crack a joke about how your girlfriend is bitchy and you’ll be fine.

There’s no surefire cure for a hangover, but you can at least try to ease the pain. Sure, I could tell you to eat before you drink and make sure you have water all throughout the night, but what use is that to you now? Hangovers are going to happen, and it’s all about not letting it ruin your entire day. Just make sure that you are proactive, because waiting it out is the worst option of all. If you have other tricks that you swear by, be sure to leave them in the comments for the rest of us!