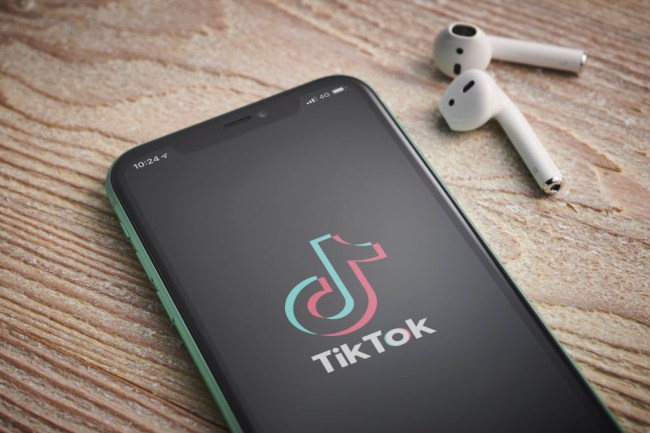 I first downloaded TikTok around Christmas last year. I was home, bored with the family, and trying to pretend that I liked my gifts, but in reality, I hated them. A book about why 25-year-olds should move out of their parents’ house? Gee, thanks, mom and dad. So, to get away from everything and stop myself from throwing a tantrum, I decided to give this “new Vine” a try.

Quickly, I learned there’s not really a playbook for learning how to be a TikTok star.

From what I had heard, TikTok was a place where 15-year-olds danced their way to stardom and made millions of dollars by doing “The Renegade” 36 times in a row. At the time, people my age on the app were considered old. If you were 25 and on TikTok back in December, it was hard not to feel like you were straying into Jared From Subway territory as you watched high school juniors dance to DaBaby rapping about sex.

But like I said, I was bored and have always wanted to go viral, so I downloaded the app with no doubt in my mind I would be famous in no time. I wanted to be the guy walking around town who makes people go “Hey, you’re the [enter the cool AF thing I did] guy. Can I get a pic?” Then I would politely decline because that makes me seem more important. That was my goal and studying the app to do research on what made you TikTok famous was my first step.

TikTok is interesting because you don’t need to follow people to see their videos. It has what’s called a “For You Page” (“FYP” to the cool kids), which is the first thing you see when you log on. This is in fairly sharp contrast to Instagram and Twitter, where you typically have to do a bit of searching if you want to find posts from people you don’t know or care about.

I am not an algorithm guy so I don’t know for sure how it works but I assume there’s some nerd math stuff behind each account where you will see more videos with tags that you might be interested in based on your history.

If you, for example, like a post from Tekashi 6ix9ine, you may see more videos of rats running around the subways in NYC. Stuff like that. However, the real important thing here is if your video is good enough and hits a lot of the different tags that TikTok wants to promote, it will land on the FYP and get a decent amount of views.

As a freshly unemployed 20-something, I decided now was a good time to pursue fame. I’m not a terrible dancer but I also know I’m not outstanding, so I knew I had to come up with other ways to get my official invite to the Hype House (the Hype House, for all of you who are still trying to figure out how to use an iPhone, is the pad where all of the biggest TikTok stars live so they can collaborate and make videos all day. If I told you being invited to the Hype House hasn’t been my dream since the first day I found out about it, I would be committing a sin, which I won’t because I was raised better than that).

But I didn’t know where to begin. How could I go from being a regular dude who’s still living with roommates (parents) to making videos with Charli and The Lopez Brothers? That was something I had to figure out the hard way. After multiple posts of what I thought were good, clean, and funny jokes, I realized it’s not about humor on this app. It’s about being relatable, dancing, and (at the very least) giving the appearance of being attractive.

After my realization, I decided to stop watching aimlessly and start taking notes on what it takes to make it to the FYP. I’m an average looking guy and I can’t dance but what I lack in those categories I make up for with blind confidence. I knew I could do it.

How To Be A TikTok Star?

How do I take it to the next level? How do I make videos that leave my friends jealous of how many DMs I’m getting? How do I get girls to “simp” me? If you don’t know what that means, then this probably isn’t the article for you. You aren’t ready to go viral. Bookmark this, do your homework, and come back when you’re actually prepared.

With my goal of becoming a TikTok star by the end of the year officially set, I got to work right away to see exactly what videos and content I would have to create if I wanted to be bunking with Lil Huddy in the Hype House by 2021. I have been working hard at developing my following, and although I’m only at seven right now, I feel like my big break is right around the corner.

In the hopes of good karma, I wanted to share some of the things I learned on my route on how to be a TikTok star so that you, the reader, can begin your journey as well.

1. Know how to dance just a little bit.

Dancing is key for TikTok. As a dude, you don’t need to be great but you do need to be proficient. If you’re coming on the app and you haven’t even gotten this dance down, then there is just literally no hope for you.

Don’t worry. You can do the harder, more skill-based dances and still not be very good at them. You don’t even need to have rhythm. As long as you’re trying and somewhat competent, you’re going to be fine. Jackson Mahomes is a perfect example of this.

going to respond to some comments and duets ❤️

2. Be attractive (or at the very least pretend to be good-looking)

This is BY FAR the most important thing. If you’re a dude who can’t give off a remotely “hot” vibe, just get off the app. It’s not for you. If people don’t find you attractive, you should either just observe and watch the hot people and good dancers like most of us or delete your account entirely.

So we’ve got “know how to dance a little” and “look good.” What else? Nothing. That’s it. Seriously. That’s really all there is to it. Well, there is technically more to it, which leads us to the eternal question: How can you appear to be hot?

Thankfully, you have a few options.

2A. Hide your face until the last second so people can’t get a great look at you

This is huge, and perfecting it could pay dividends later on once you already have a fanbase and subsequently enough money to pay for plastic surgery. Many celebrities are already cashing in on their TikTok fame.

Riley is really the king of biting your lip, so here’s another one of his masterpieces.

2D. Get other good-looking shirtless friends to be in your video

This one is huge, and with the right collaboration, you can go from Average Joe to Tayler Holder in just a few days.

This one is a little controversial, because if you look at the Hype House today, there are like 10+ people there with probably a combined weight of 300 pounds. But in some instances, having muscles does seem to help—especially if you’re the CEO of a type of workout for that day.

The last piece of advice I want to give is about emotions. Your journey to the top of TikTok is a long one and it’s not going to be easy. I just feel like it’s my responsibility to warn you of what may happen as you begin posting.

YOU NEED TO HAVE TOUGH SKIN.

This is undoubtedly the toughest part in learning how to be a TikTok star. Dog videos aren’t the easiest way to make it on the app. When you post videos like the above, you are going to be made fun of. No question about it. It’s just a matter of how bad you want it. What is really important to you: getting a few hundred likes from girls you will never meet or maintaining the respect of your friends? I think the answer is obviously the former.

For the most part, the insults are not too bad. When your bros make fun of you, it stings a little, but you learn to adjust. The only solution to this that I can think of is to meet like-minded dudes. You need to hang out with other people who are willing to do whatever it takes to go viral. If your friends from home don’t support you dancing shirtless or biting your lip on camera for the clout, then you need to have that brutally honest conversation and ask yourself if they truly are your friends.

My recommendation is to go on to Tinder or Bumble and select ‘Interested in friends,’ which is a thing you can actually do. When you go on your first friend-date, just be honest and ask him something along the lines of, “Hey man, I appreciate you meeting up, but before we go any further, I was curious if you were cool with, like, taking your shirt off and fake humping the air with me on the ‘Tok?”

If he says no, screw him. He’ll be rotting in his cubicle while you get likes from hundreds of adoring fans (and probably some bots) to fill that big attention hole in your heart. But if he’s down? Ohhhhhhh man. If he says yes, you got your first TikTok collab partner, and based on what I have seen, that is an express ticket to the FYP.

All in all, it’s a grind to the top. As I said, you need to take this very seriously. You need to show up every day and pop that shirt off, blow-dry your hair before throwing some product in, and whiten those teeth or it’s just not going to happen. You think Tayler Holder, Bryce Hall, or Griffin Johnson are where they are today because of luck? Absolutely not. These kids put in the work and honed their thirst-trapping skills to the max. They acted like pros, and now, they are.

If all else fails you can always resort to duet’ing Charli D’amelio or throwing balls in cups, but those are hack moves and you won’t get nearly as many simps.

Good luck on your journey, and I hope to see you at the Hype House.