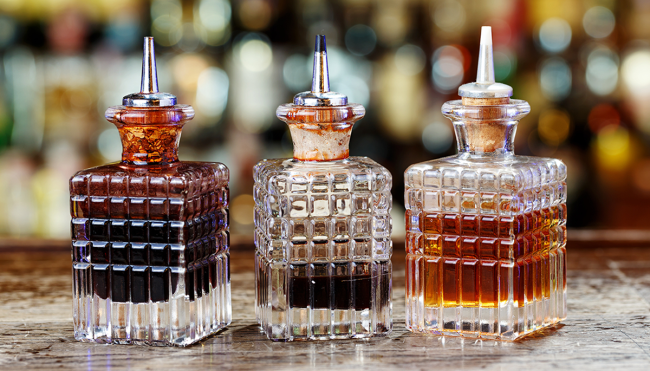 In the spring of 2020, people around the planet pledged to use the newfound free time they discovered they had on their hands to better themselves. In most cases, this meant they spent a few weeks getting super into sourdough starters or the art of pickling before reverting to the Netflix-centric lifestyle they’d embraced well before the outside world became a no-go zone.

I was not one of those people. Did I think about picking up a new hobby? Sure, but I knew my inherently lazy nature and historically shaky relationship with the concept of “commitment” meant I’d maybe make it a month before abandoning it entirely. Consequently, it seemed prudent to simply accept that prophecy would be fulfilled as opposed to wasting time, money, and effort to confirm that’d be the case.

However, by the time the fall rolled around, I was jonesing pretty hard for basically any sense of accomplishment after realizing it’d been a good six months since I’d done anything productive. Thankfully, I found the ideal solution in the form of an ideally low-effort project that vibed perfectly with the “drink a bunch of booze” approach I’d harnessed to get through most of the year: making homemade cocktail bitters.

It’s been a little over a year since I embarked on my initial venture, and my only regret is that I didn’t start sooner. It might be the perfect hobby; one that makes you feel like you’ve done something with your life despite the incredibly minimal amount of time and effort required while also providing you with an excuse to drink under the guise of “tasting the fruit of your own labor.”

As a result, I figured it’s time for me to spread the good word by throwing together a guide to aid anyone else looking to get a piece of the homemade cocktail bitters action, including a bit of background information, what you’ll need to get started, and some resources to help you whip up your first batch.

What exactly are cocktail bitters? 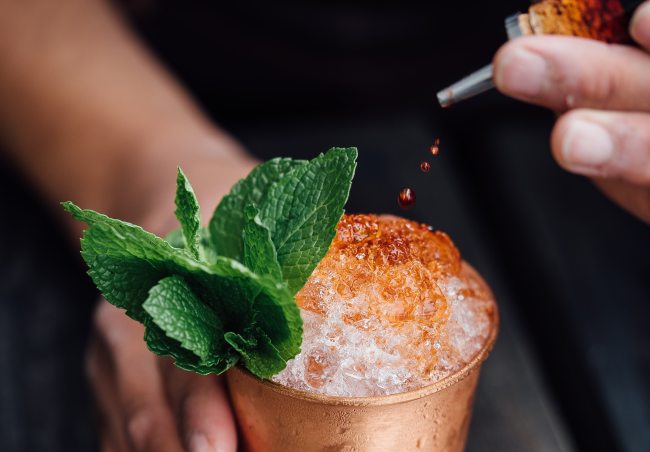 “Bitters” is a bit of a misnomer, as it has become the all-encompassing term for concoctions capable of elevating the complexity of cocktails taken to the next level by the addition of small quantities of (typically high-proof) liquids that extract their signature profile from various roots, barks, fruits, and other flavoring agents.

Bitters have a history that stretches back centuries to a time when the elixirs were used to treat a variety of ailments. There’s evidence they were used as a hangover cure in the United Kingdom as early as the start of the 18th century, and while they were mentioned in the first recorded definition of the word “cocktail” in a newspaper in 1806, their purpose remained primarily medicinal until the beginning of the 20th century.

However, the tides began to turn in the United States courtesy of Prohibition, which crippled a thriving industry that was once home to hundreds of different companies peddling their unique formulas. By the time the 21st Amendment was ratified, the world had also reached a point where it had a pretty solid grasp on real, actual medicine, and bitters were given a new raison d’etre courtesy of the bartenders who harnessed them and eventually started to tinker with different variations in the ensuing decades.

What ingredients are used to make bitters? 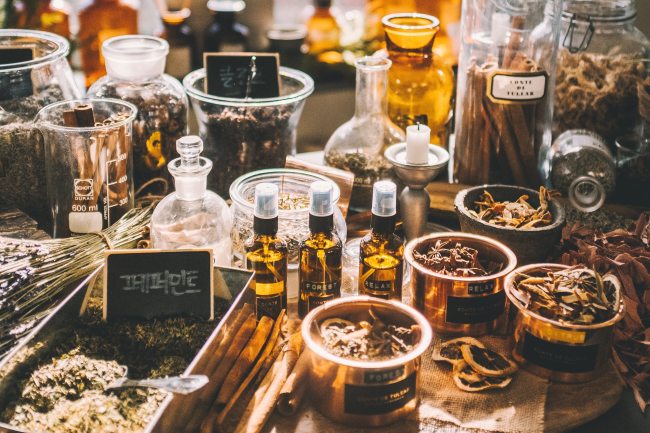 Like many hobbies, amassing a sizeable arsenal of the requisite supplies is the biggest barrier to entry when it comes to making homemade cocktail bitters. Most of the concoctions you’ll whip up derive their signature essence from the various roots, herbs, and barks you’ll have to track down before getting started, many of which will probably be completely alien if you haven’t previously dabbled in the realm of homeopathy.

Thankfully, the internet is home to plenty of one-stop shops where you can secure most of the necessary ingredients. In my experience, you can find a lot of them at the kind of Etsy storefronts that also hawk healing crystals and essential oils, but I’d recommend checking out Mountain Rose Herbs or Monterey Bay Spice Co.

Most recipes call for less than a teaspoon of each bittering ingredient, so you’ll probably end up with way more than you’ll need even if you buy them in the smallest quantity offered. With that said, you can take solace in knowing you’ll probably have everything you need to whip up a natural remedy to combat cholera in a pinch.

What kind of alcohol is used to make bitters? 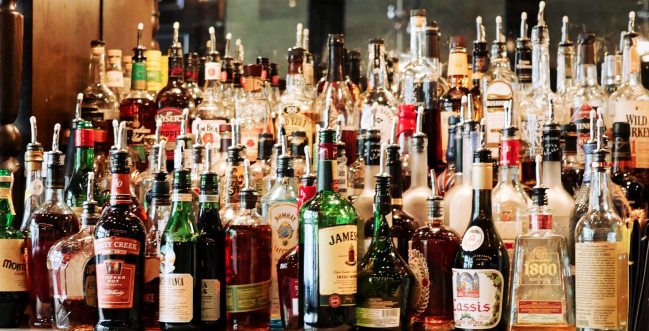 Bitters get their signature essence by gradually extracting the flavors of the ingredients with the help of the alcohol they’re steeped in over the course of a couple of weeks. However, the booze you use needs to be a minimum of 100 proof. You can get away with buying some Everclear and calling it a day, but you’re doing yourself a disservice in the long run by going that route.

If you’ve ever incorporated wine into a dish in your kitchen, you’re likely familiar with the adage that says “you shouldn’t cook with anything you wouldn’t drink on its own.” That’s also a pretty good rule of thumb when it comes to making homemade bitters.

Most recipes you’ll encounter use either whiskey or vodka as a base spirit. When it comes to the former, Rittenhouse Rye and Wild Turkey 101 are probably your best bets, as they’re both solid sippers that won’t break the bank (but again, anything over 50% ABV will do the job).

A number of major vodka brands have spirits that are bottled at 100 proof, but I’ve personally found they can be a bit tricky to find. As a result, I tend to use clear “overproof” rum like Rum Fire or Wray & Nephew, especially when it comes to fruit-based bitters that are enhanced by their inherent sweetness. Both of those options boast a hefty 63% ABV, but you can “dilute” it with 80-proof vodka (a 50-50 mix will still be strong enough to do the job), especially if you’re looking for a more neutral base.

What else do you need to make homemade bitters? 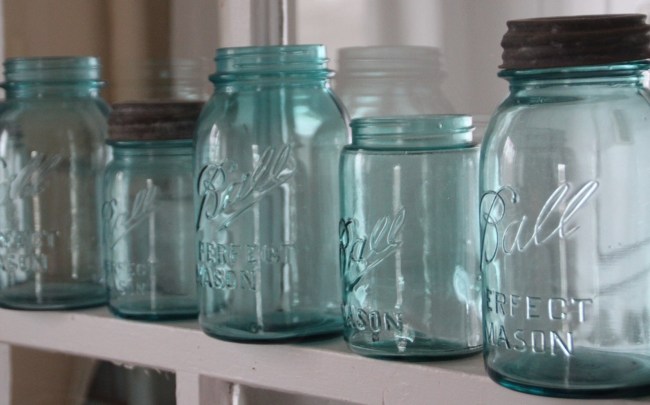 Once you compile all the essential elements for making homemade cocktail bitters, you’re going to need something to make them in. You can use basically any moderately-sized container with a sealable top, as you’ll be shaking things up on a daily basis over the course of the maturation process.

It’s hard to go wrong with Mason jars (again, any similar jar will do, but c’mon; you’re making homemade bitters, so you might as well go all-in on the 2008 Brooklyn A Ｅ Ｓ Ｔ Ｈ Ｅ Ｔ Ｉ Ｃ). While you might be able to get away with the 16 oz. option for some recipes, I’d strongly suggest opting for quart-sized jars—both regular and wide mouth will do—as it’s better to have a bit of extra room instead of realizing you’ve run out of it.

You’re also going to want some smaller bottles to store the bitters in once the batch is done, which ideally feature some implement that will allow you to make sure all of your drinks are uniform. I’m personally partial to eye dropper bottles, but if you’re feeling fancy, you can also opt for the ones you’d expect to find at the kind of place where bartenders wear an apron.

Finally, you’ll also need a few tools that you might have in your kitchen already. If you somehow don’t own measuring cups, you’re going to want to correct that before you begin this endeavor. If you’re currently lacking cheesecloth or unbleached coffee filters, you can still get the batch started, but that will also need to be addressed by the time it’s done. A mortar and pestle may also come in handy (but it’s definitely not necessary), and a funnel that’s small enough to fit in the bottles you’ll transfer the bitters into once they’re done is a must.

I also used bitters as an excuse to buy a label maker I still can’t really justify purchasing, so while you don’t need to make that investment, you will want to make sure you have some way to keep track of what’s in each jar (assuming you’re making multiple batches at the same time) and the date when your wait is officially over.

How do you actually make homemade cocktail bitters? 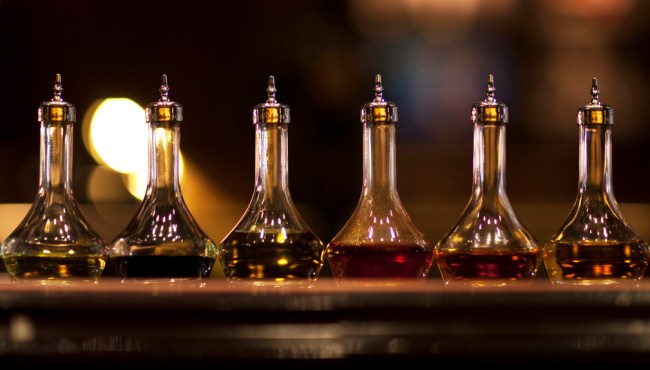 The true beauty of bitters is that once you’ve gathered everything you need for them, your work is basically done. I’ll dive into specific recipes in a moment, but regardless of what you’re making, the process is essentially the same: you dump everything into a jar, give it a solid shake once a day for two weeks, strain out any solids and sediment, and whip up a cocktail or three to celebrate your achievement.

If you’re not a particularly patient person, there is a #BittersHack you can employ with the help of a sous vide machine, which can cut the wait from a couple of weeks to just over a couple of hours thanks to the magic of technology.

Where do you find cocktail bitters recipes? 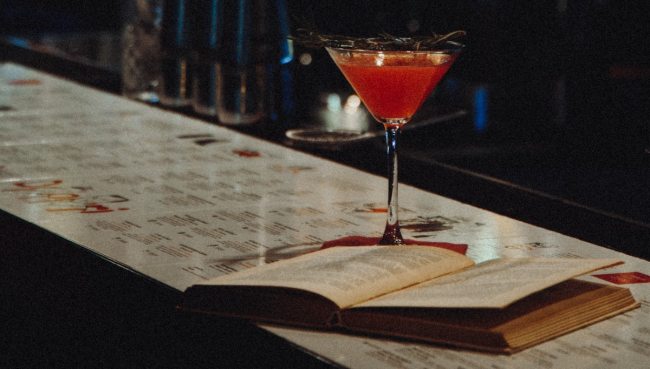 I would strongly urge anyone thinking about taking the plunge to pick up a copy of Bitters: A Spirited History of a Classic Cure-All, which Brad Thomas Parsons wrote after realizing no one else had taken the time to pen a book on the topic. In addition to diving into their history, it also includes a bunch of bitters recipes to get you started as well as plenty of cocktails you can make once they’re done.

The internet is also your friend here, as there are plenty of websites devoted to cooking and cocktails that have some inspiration you can draw from if you know how to use Google. I’d also highly recommend taking a trip over to the subreddit devoted to bitters, which features a sizeable collection of tested recipes.

I’m particularly partial to the one for pear bitters I fell in love with after deploying them in the best Old Fashioned I’ve ever made—which you can do as well by following a few simple steps.

Finally, you may be slightly overwhelmed by the amount of bitters you’ll end up deriving from a typical recipe, but even if you feel like you’ll never be able to use all of what you end up yielding, you can take solace in knowing they have a virtually indefinite shelf life assuming they’re stored in a cool, dark place.

I wish you the best of luck.

The BroBible team writes about stuff that we think you want. Occasionally, we write about items that are a part of one of our affiliate partnerships and will get a percentage of the revenue from sales.