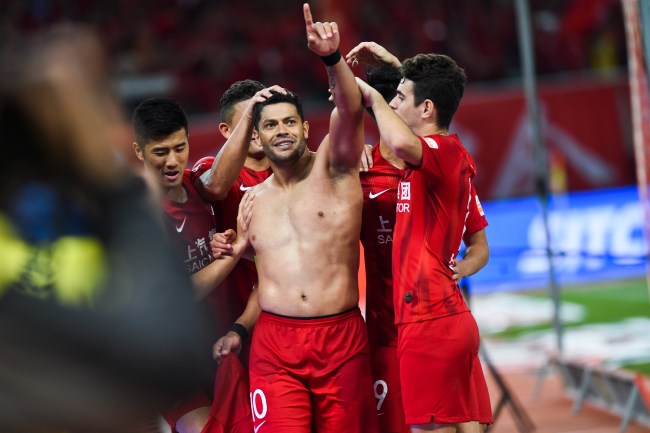 There are very few instances in which a person deserves your passionate scorn and utmost, undying respect simultaneously.

I find myself feeling both emotions upon learning the news of Brazilian soccer player Givanildo Vieira De Sousa, commonly known as Hulk.

A creepier way to put this: Hulk is now married to his children’s cousin.

Former Porto and Brazilian striker Hulk divorced his wife 5 months ago and now, he's announced his new girlfriend. Who you ask? His ex wifes niece. pic.twitter.com/5I5pquEfcI

In December, when Hulk received backlash for his betrayal, his representatives told Brazilian website UOL Esporte:

“Hulk called Camila’s parents and brother to tell them the truth. They began dating in October.”

“It was Hulk himself who made the news public because he did not want to hide anything. His position is transparent.”

Camila then went on an apology tour to her aunt, who’s Instagram account was previously peppered with photos of the pair spending time together:

Aunt Iran, I first want to tell you that this message is not an explanation or justification of anything. I needed to tell you some things that unfortunately circumstances do not allow me to say personally.

“I never imagined it could happen, but we don’t rule our heart, no one is immune or exempt from it. Live the greatest of feelings.

“I’m sorry for everything. If I could choose, we wouldn’t be going through this, but life doesn’t spin the way we imagine it to.

“He showed me that there was no chance of a possible return, so we allowed ourselves to live.” [Via The Sun]

Iran then spoke publicly to UOL columnist Leo Dias about losing her husband of over a decade so unceremoniously:

“It is deeply regretted that Mr Hulk, not content with ending a marriage of more than 12 years, he then did not respect the pain of the one who always devoted love, affection, respect and consideration to him – as well as his children, whose supreme interests should be preserved by their father.”

Congrats to the happy couple I guess? I’ll just make sure to be outside of 200 miles during all holidays to avoid getting drilled in the dome with a flying chair.