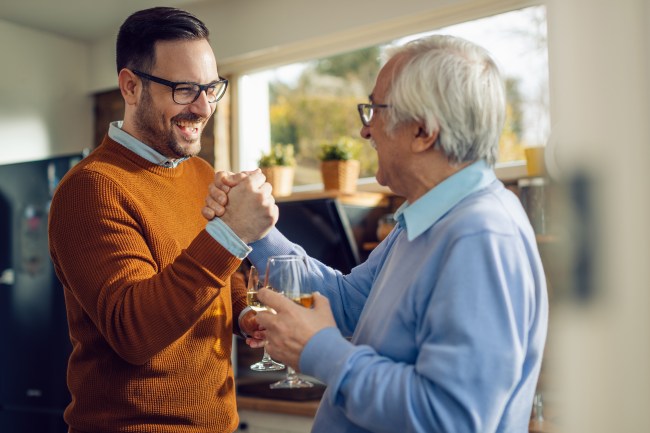 There was a powerful moment in the 2019 Aziz Ansari special Right Now where he talked about how few times we (in our thirties) have left to see and spend time with our parents. My parents are in their late 60s, and I probably see them about four times per year, ranging from a quick lunch to a long weekend visit, in regular times. Following Aziz’s formula, and knowing this sounds bleak, that means I probably have somewhere between 50-80 more visits to look forward to. Could be more, could be less, could be that my parents’ brains unspool a lot sooner and our visits become apple sauce spoon-feeding sessions and gentle reminders of their grandchildren’s names. Fuck, I hate this exercise.

The point is that this Coronavirus-forced quarantine with my parents might be a gift, under the right light. I’ve been with my parents in Maine for three months now—the longest period I’ve spent with my parents since high school. And let me tell you: they’ve changed a lot. They are very different people from the couple I knew in 2007. I’ve had glimpses of their transformation during the intervening Thanksgivings and other visits, but watching them in their native habitat, going about their daily routines these past three months, has become a piece of theater I never thought I’d witness.

Last night at dinner, I asked both my parents how they thought life would look if the other divorced them or passed away. Mom answered first with somber sincerity: boring, lonely, quiet, she said, acknowledging that despite their snipes and quarrels, my dad’s presence in her life keeps her moving forward. It was a nice thing to hear, and it should have set the tone for dad’s answer. Except dad doesn’t pick up on social cues anymore. He might, but he ignores them these days.

Dad said, “I would eat a lot more cheese and crackers.”

We waited to hear more. But he seemed content with that.

“That’s it?” I pressed, trying not to laugh.

“I’d probably pour a bunch of lettuce into the salad bowl. But then I’d eat it with my hands, no dressing.”

“He’d eat it raw,” my mom confirmed, clearly having witnessed this tactic before.

By now, my girlfriend and I were in tears laughing.

“What about dessert?” I asked.

On this, he thought for a second.

“And how much golf would you play?”

Another beat to think.

That’s my dad, folks. He followed my mom’s sincere, somber answer about how life would look alone with his fantasy diet and an increased commitment to golf. Upon the untimely death or departure of my mother—his wife and partner of some 34 years—he would switch to an hors d’oeuvres-heavy diet, consume vegetables like the cast of Charlotte’s Web, tiptoe into alcoholism, and spend six hours per day playing golf.

What could be better, indeed.