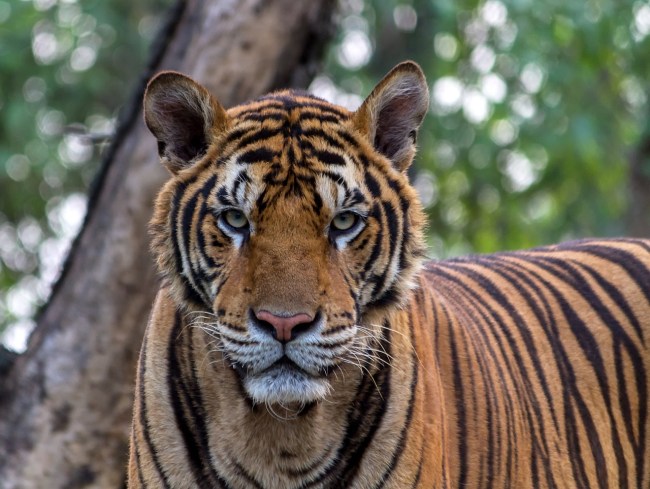 It turns out that if you mess with a 500-pound beast with daggers for claws and teeth, it can end very badly for you. That is the harsh reality that a former Las Vegas illusionist learned this week when a Bengal tiger lashed out

Jonathan Kraft is a former Las Vegas illusionist and is the executive director of the Keepers of the Wild Nature Park, a “nonprofit organization that is “home to over 150 exotic and indigenous wild animals that were rescued, surrendered by an owner, or placed with us by other animal welfare agencies.” The animal sanctuary in Valentine, Arizona, is where Kraft was attacked by a Bengal tiger.

On Monday, there was a thunderstorm rolling into the area and Kraft was busy getting the animals ready for the storm and moving them to another area before closing the park. That’s when the 11-year-old Bengal tiger named Bowie suddenly mauled the 73-year-old Kraft. The tiger snatched Kraft with its huge paws and then bit the man.

The Keepers of the Wild Nature Park said that a “safety protocol had obviously failed” in the horrific attack. “Jonathan made the decision to shift Bowie’s gates to allow him access to his den box area,” the park said in a statement. “During the process, the usually docile behaving Bowie exhibited unusual conduct by suddenly pushing the gates prior to Jonathan being able to secure the safety clips. Animal Care staff rushed to assist Jonathan and remove him from the tiger’s grip. Although Bowie lacks front claws, he took advantage of his strong teeth to hold onto Jonathan.”

Kraft was rushed to the nearby Kingman Regional Medical Center, but then he was transported to Las Vegas for more intense treatment. It will take several months for Kraft to recover from his wounds. The sanctuary said that Bowie is “fine” and the animal will not be euthanized.

Kraft took responsibility for the attack. “Close contact with wild exotic and native species has not been a practice in many years,” Kraft said in a statement. “My accident with Bowie was my fault. I was concerned for his welfare and did not stay focused on him. It only takes a fraction of a second for a captive wild animal to revert to their instinctual behavior. These situations occur when there is human error.”

Coincidentally, Kraft gave an interview to the local news station about the 2003 tiger attack on illusionist Roy Horn of the iconic Las Vegas duo Siegfried & Roy. “He knows the risks that he takes as do I, and it’s inevitable that you’re going to get bit sooner or later,” Kraft said in 2003.

There have been numerous tiger attacks lately and as recent as last Saturday:

Female Zookeeper Killed By Tiger At Zoo In ‘Freak Accident’

Today In Stupidity: Woman Jumps Over Tiger Pen Fence At The Zoo To Retrieve Her Hat