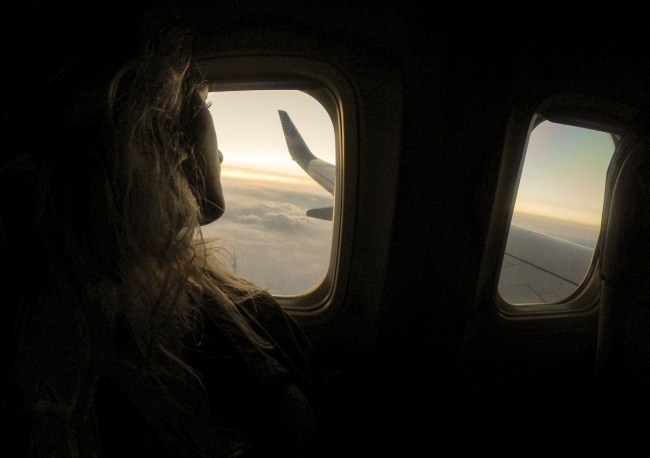 A French Instagram influencer was reportedly caught in a lie. The clout-chasing Instagram model allegedly made it appear that she was flying in business class while flying Emirates Airlines, but passengers purportedly exposed the influencer when she was actually sitting in economy class with the rest of us poor schlubs.

Oceane El Himer wrote on Instagram, “Next Stop – Monaco. Je fly toute la night,” which for our readers, who are not worldly, means: “I fly all night.” Himer shared a photo of herself in business class on Instagram, where she has over 852,000 followers. It should be noted that the Instagram model wasn’t actually sitting in business class, simply standing.

The photo from the 27-year-old influencer from Bordeaux racked up over 104,000 Likes on Instagram, but she stopped allowing people to comment on the photo, according to the New York Post.

However, the fellow plebs in coach class somehow recognized Himer and allegedly called her out on her lie.

A Twitter user by the name of Kev-Prince Kombi exposed the Instagram influencer for saying she was in business when she was actually in economy.

Kombi posted a photo of Himer sitting in economy class, in the same outfit that she wore in her business class photo, with the caption: “It’s actually a mental illness.” Kombi went viral on Twitter with his post that accumulated over 137,000 Likes and nearly 19,000 retweets, which read: “Dubai model exposed by co-passengers after she posed in business class cabin & posted photos online then returned to her seat in economy before takeoff.”

Himer posted a new photo on Thursday of her appearing to be in first class, which had a caption of “Cette fois ci promis j’ai payé,” which translated from French means: “This time I promised I paid.”