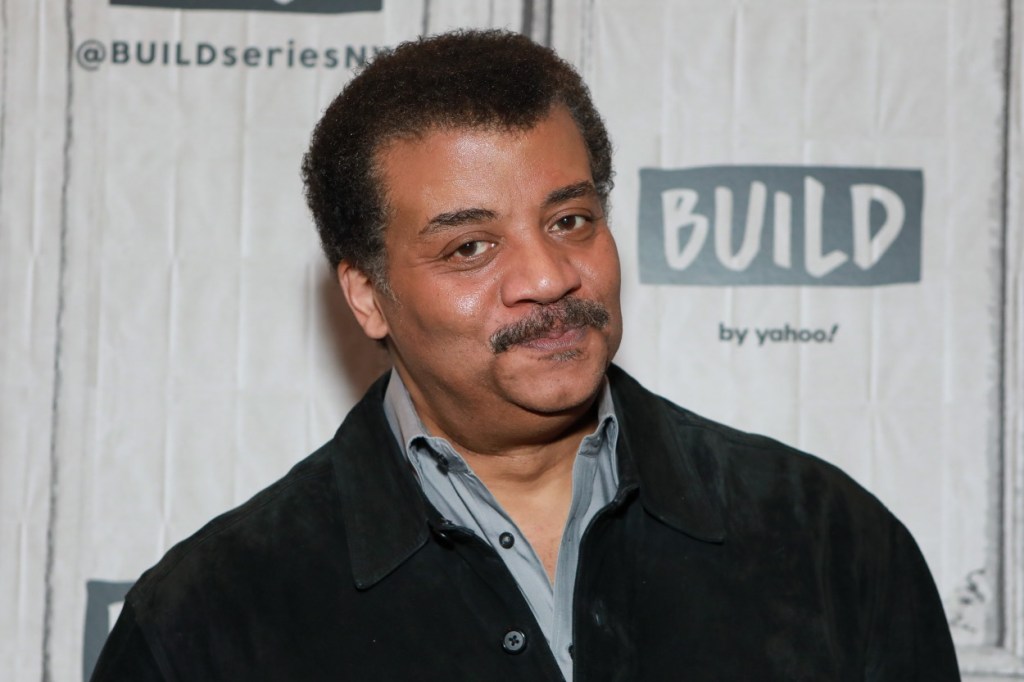 Astrophysicist Neil deGrasse Tyson actually deserves a round of applause for uniting the Internet in hatred against him on Christmas Eve. After firing off a series of quasi-science-based snarky tweets about Santa, Neil deGrasse Tyson had the Internet so riled up that he’d actually succeeded in spreading Christmas cheer in the form of united anger directed at him. It’s kind of brilliant when you think about it that way.

It all started early in the day on Christmas Eve. The Harvard and Columbia educated celebrity astrophysicist who is the director of the Hayden Planetarium at NYC’s American Natural History Museum fired off a tweet saying he was going to send Santa tweets from his archives.

Neil deGrasse Tyson is actually a friend of ours here at BroBible. He’s been a guest on our podcast. I personally met him a few years ago at a private event held inside the planetarium and he came off as an incredibly nice man. But these tweets sucked and thankfully, the Internet let him hear it. Just let people enjoy Christmas!

Tweets from my Santa Archive. All day today. Stay tuned…

Since the Northern Arctic is just ocean, Santa’s North Pole workshop has only ever existed on a floating sheet of ice.

Images that portray Santa’s workshop with pine trees and snow-capped hills on the horizon are geographically underinfomred. pic.twitter.com/zyGpAPfMAt

If people left carrots, celery, & hot tea for Santa on the table instead of milk & cookies, I bet he’d be much, much thinner. pic.twitter.com/HBIsNmMjx1

This is a really nice visual he’s painted here for all of his followers. Santa vaporizing himself and his reindeer.

For Santa to deliver gifts to all world's Christians in one night requires hypersonic speeds through Earth’s lower atmosphere, vaporizing his reindeer & sleigh.

Santa is pale because he’s in the middle of six months of darkness on Earth’s North Pole. And he delivers gifts only at night.

Longitude lines are the boundaries of Time Zones. So at the North Pole, where all lines of longitude meet, clock-time has no meaning.

Santa surely keeps track of how many hours pass & how long the Elf union allows them to work, but on the North Pole, where all Time-Zones meet, the actual time of day has no meaning. pic.twitter.com/d1LsJhQBfr

How does weight change if Earth stops turning?

Santa on the North Pole weighs the same as ever. Everyone else loses the centrifugal force, which peaks at the Equator.

As Earth warms, and Arctic ice melts, Santa will lose his habitat too. We may one day see photos of him clutched to an ice floe. pic.twitter.com/JSILAbHHB8

Of all colors, Red Light penetrates fog best. That's why Benny the Blue-nosed reindeer never got the gig. pic.twitter.com/JD4bgprjdh

Maybe Santa’s Reindeer are stationary, and it is we who fly past them on Christmas Eve.

Both male & female Reindeer grow antlers. But all male Reindeer lose their antlers in the late fall, well-before Christmas.

So Santa’s reindeer, which all sport antlers, are therefore all female, which means Rudolf has been misgendered. pic.twitter.com/03skVxyYRE

He knew what he was doing. Trolling hard on Christmas Eve while all of the parents were up wrapping presents and building toys, taking breaks to scroll Twitter and seeing him go off.

The Entire Internet Is Furious With Tyson’s Santa Tweets

When you’ve got actual astronauts telling you to chill out then you should probably take some stock of what you’re doing.

Being pedantically correct for a living is getting less & less endearing, dude pic.twitter.com/BHuIMMwb6b

"In the Scandinavian and Arctic Circle populations, old males' antlers fall off in late December, young males' fall off in the early spring " it is possible for them to be male and have antlers

Santa delivers all presents at the same time (according to time zone of course) as long as the wave function is not collapsed.
This is why it's important that no children stay up and observe the delivery of presents.

Wow now I don't believe in Santa, thanks a lot, Neil.

Neil, if they can fly, it's obvious that Santa can make male reindeers keep their antlers.

You couldn't have just stopped ruining things when you demoted Pluto?

But can you kiss yourself pic.twitter.com/kNpzzW17wf

Everyone in his field knows that Neil deGrasse Tyson has a brilliant mind and is one of the most intelligent people of his generation. But going off on Santa-debunking anti-Christmas tweet tirades on Christmas Eve doesn’t do a whole lot to help sell books or raise his profile as a household name for Saturday morning science specials for the children. It’s just a weird look.