J.J. Abrams Developing A Spin-Off Of ‘The Shining’ For HBO Max 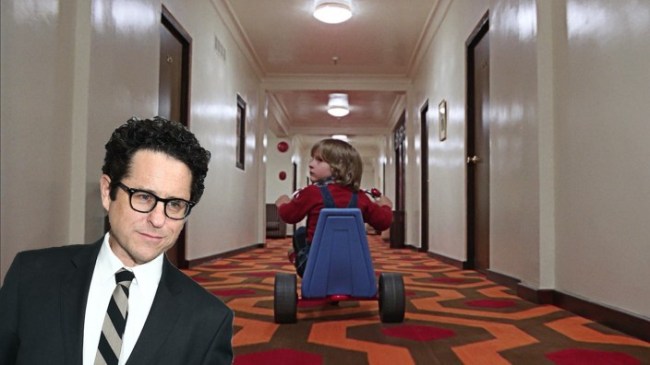 Yesterday, I brought you the news that J.J. Abrams — who signed an exclusive overall deal with WarnerMedia last fall — had signed on to develop three series for HBO Max, most notably an adaptation of Justice League Dark.

In fact, I was so gassed up about the Justice League news that I completely glossed over the other two series, not even realizing that one of them — Overlook — was based on Stephen King’s The Shining.

Overlook is described as a horror-thriller series inspired by and featuring iconic characters from Stephen King‘s masterpiece The Shining. Overlook will explore the untold, terrifying stories of the most famous haunted hotel in American fiction. The project reunites Bad Robot, King and WBTV, who previously collaborated on Hulu’s horror series Castle Rock.

“What an amazing start to our association with the wildly imaginative Bad Robot team under J.J. and Katie,” said Kevin Reilly, chief content officer at HBO Max. “What could be better than an original J.J. idea and then Warner Bros. letting them loose on iconic I.P. from Stephen King and the DC Universe.” [via Collider]

In addition to the untitled Justice League Dark series and Overlook, Abrams will also be developing and writing a series called Duster, “follows a gutsy getaway driver for a growing crime syndicate whose life goes from awful to wildly, stupidly, dangerously awful.” Abrams will co-write the series with LaToya Morgan, who’s currently a writer on AMC’s The Walking Dead.

With HBO Max set to launch in May, these Abrams-helmed series obviously aren’t going to be ready for the debut of the new streaming service. Given that the three series have just been put to order, we likely won’t see any of them premiere until 2021 at the earliest.