INTERVIEW: Jake Johnson, Hollywood’s Leading ‘I’d Love To Have A Beer With That Guy’ Actor 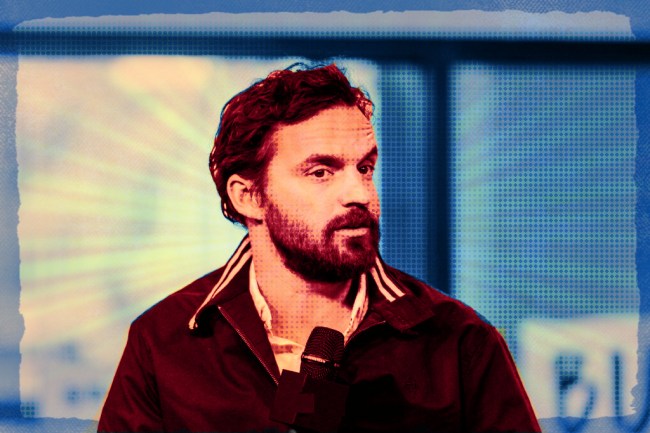 When it comes to Hollywood A-listers, there are few out there that give off the sort of “man, I’d love to have a beer with that guy” vibe the way Jake Johnson does.

Almost aggressively down to Earth, Johnson has built a career around playing the everyman, or, as he puts it, “Henry, 40s, not handsome but not ugly, down on his luck, can talk his way out of a lot of situations, is a good guy who has potential.” And, really, that’s Jake — it’s actually what landed him the role of Peter B. Parker in Spider-Man: Into the Spider-Verse. Of all the actors I’ve interviewed during my career thus far, my conversation with Jake was unsurprisingly and by far the most laid back and, you know, real.

Perhaps it’s because his reputation precedes him, thus resulting in my guard being down before the Zoom even kicked off. Either way, Johnson’s on-screen likability is far from an act, as he’s the exact same person off-camera as he is on-camera: and that’s a guy that’s just like you and me.

That notion of Jake’s endearing normalness is perhaps best encapsulated in his stories about Get Him to the Greek, a decade-old comedy that came at the start of Johnson’s ascension. A year before beginning New Girl in 2011, Johnson found himself where most late-20s actors do when they’re first starting out in the jungle that is Hollywood: playing bit-parts in the background of any reputable project they can find. For Jake, those were roles like “Man on Cellphone” in a 2007 episode of Curb Your Enthusiasm, or as “Jazz Man” in the aforementioned Jonah Hill and Russell Brand-starring comedy.

RELATED: Diddy Ad-Libbed His ‘Get Him To The Greek’ Scenes, Absolutely Cracked Up Jonah Hill, Aziz Ansari, Jake Johnson, And Nick Kroll

At the time of filming, Johnson’s combination of being new to the industry and his inherently chill nature led him to make a mistake that only regular-ass dudes like you and I would even dream of making: he showed up to the official table read, in which he’d be trading lines with P Diddy, in a full tracksuit.

“It was a Saturday,” Johnson reasoned. He figured “eh, maybe be comfortable.”

And if that isn’t the most relatable thing I’ve ever heard a celebrity say, I’m not sure what is.

Talking to Jake was an absolute blast, so make sure to check out our full interview with Jake below, which starts at the 29:00 mark. You can stream the episode here or through wherever you get your podcasts. Also definitely check out Jake’s new Netflix comedy Hoops, which drops on Friday, August 21.

RELATED: The Post-Credit Podcast Ep. 3: Is ‘Justice League’ The Worst Movie Of All-Time?