‘Titanic’ Director James Cameron Almost Made A Spider-Man Movie, Compared It To ‘Terminator’ And ‘Aliens’ 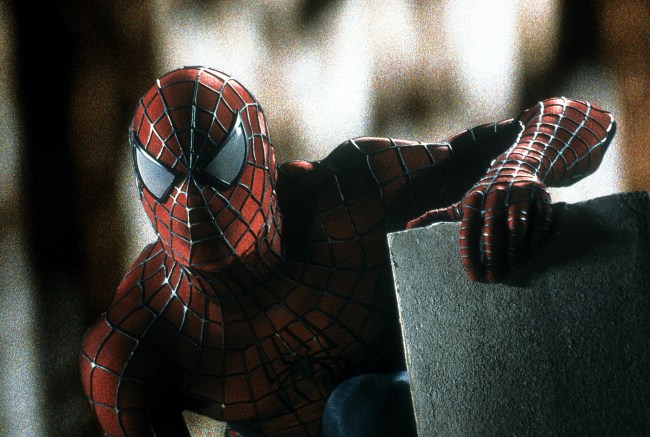 A quarter of a century ago, superhero movies were far from the behemoth industry that they are today. Outside of the first two Michael Keaton Batman movies and the original Christopher Reeves-starring Superman movies, Hollywood had struggled to crack the formula that the likes of the MCU have seemed to master today.

That all changed in the first couple years of the century, though, as 20th Century Fox released X-Men in 2000, with Sony Pictures following suit with Spider-Man in 2002. Since then, comic book movies have arguably become the medium’s most powerful genre.

As it turns out, the history of superhero movies almost looked far different, as legendary The Terminator and Titanic director James Cameron recently revealed that he had plans to make a Spider-Man movie prior to the character ultimately being adapted by Sam Raimi.

“Superheroes in general always came off as kind of fanciful to me, and I wanted to do something that would have been more in the vein of Terminator and Aliens, that you buy into the reality right away. So you’re in a real world, you’re not in some mythical Gotham City or Superman and the Daily Planet and all that sort of thing, where it always felt very kind of metaphorical and fairytale-like. I wanted it to be: It’s New York. It’s now. A guy gets bitten by a spider. He turns into this kid with these powers and he has this fantasy of being Spider-Man, and he makes this suit and it’s terrible, and then he has to improve the suit, and his big problem is the damn suit. Things like that. I wanted to ground it in reality and ground it in universal human experience. I think it would have been a fun film to make.”

The reason that Cameron was unable to make his version of Spider-Man, though, is because he couldn’t convince 20th Century Fox to secure the rights to the character, which ultimately landed at Sony Pictures. The rest, as they say, is history.

Sony went on to make three wildly successful Tobey Maguire-starring Spider-Man films, two of which are legitimately excellent. They then rebooted the character in 2012 with Andrew Garfield in The Amazing Spider-Man, although that iteration petered out after the 2014 sequel. Then, a few years later, with the Marvel Cinematic Universe establishing itself as one of the most dominant forces in the history of Hollywood, Sony and Marvel came to an agreement to share the rights to the character, leading to the Tom Holland iteration that audiences currently know and love. As you likely know, Holland’s third Spidey film — Spider-Man: No Way Home — is set to hit theaters next Friday and will likely break all sorts of box office records in the process.

RELATED: James Cameron Came Up With The John Connor Character Whilst High On Ecstasy