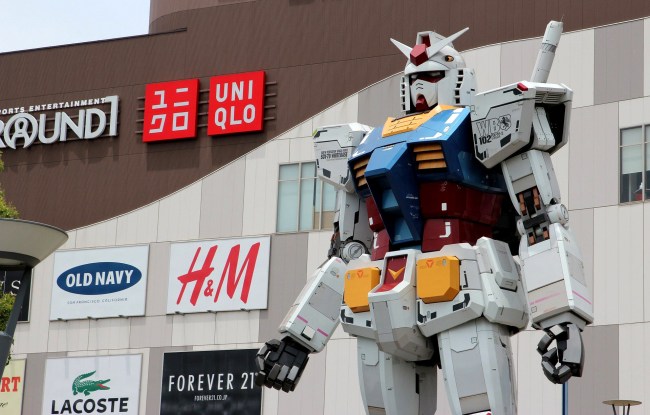 Via Samuele Schirò from Pixabay

A few months ago a Japanese company unveiled a giant walking Gundam robot (pictured above) that looked like something straight out of Power Rangers. No big deal, right? Nothing to worry about there.

Now, as if that wasn’t terrifying enough, Japanese scientists have figured out how to control Gundam robots using nothing but their minds.

The kit features a motorized model of Gundam’s Zaku mobile suit that you assemble, as well as a smartphone app that allows you to program various movement sequences.

Ordinarily, you control the Zaku via your smartphone, but NeU, a joint venture research team created by Tohoku University and Hitachi, has developed a much more high-tech method that employs a headband-like device.

After strapping it on and waiting a few moments for the synchronization process, the device measures your cerebral blood flow and sends the data wirelessly to your smartphone to trigger movements created through the Zeonic Technics app. The sensor can distinguish between three different levels of brain activity, each of which can be linked to a different movement sequence.

And here I thought the number one technology we had to worry about the most was Elon Musk’s chip implant that will let people stream music directly into their brains.

The future is frightening AF.