Jason Witten Selling Texas Mansion For $4.6M And His Neighborhood Has More Celebs Than A Pro-Am Tournament 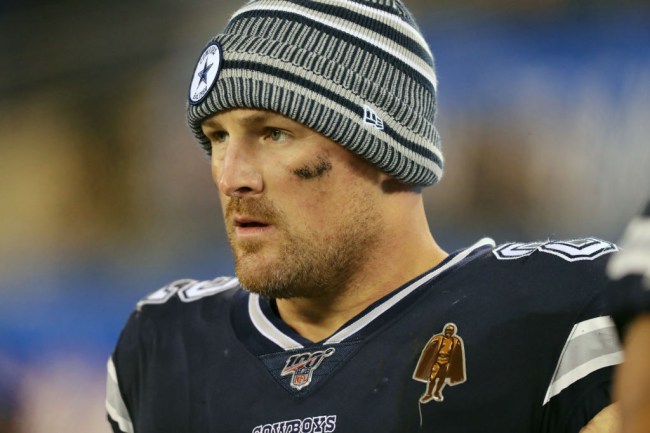 To complete the move, Witten is listing his Westlake, Texas, mansion for $4.685 Million.

The 1.2-acre, cul-de-sac home is in a gated community and sits about a half-hour north of the Cowboys’ stadium.

According to the listing at Engel & Völkers Dallas Fort Worth, the property has an 8,000-square-foot Mediterranean-style main house and an 828-square-foot guest house.

There’s a total of six bedrooms and eight bathrooms and the “two-story grand salon separates the master wing from all the other major living spaces of game and media centers, guest and kitchen down, and only bed suites up.”

Outside boasts a covered patio with a dining area, a sick pool with a spa, slide, and waterfall.

According to Mansion Global, residents in this gated Texas community have access to the amenities at the 28,000-square-foot Vaquero Club and Tom Fazio golf course for a reasonable membership fee starting at $60,000 per year.

If you’re thinking of dropping down close to $5 million for the home, check out some of your famous neighbors that Witten is leaving behind.

The future Hall of Famer was drafted by the Cowboys in 2003 and played for the team for 14 seasons.

He retired from the NFL in 2018, and after a disasterous year in the broadcast booth, Witten returned to Dallas during the 2019-20 season.