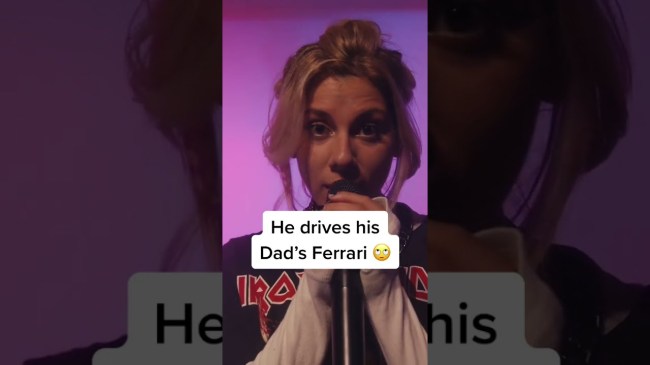 The song’s unmistakable riff and angsty lyrics put Wheatus on the map.

Brendan B. Brown, the band’s lead vocalist, explained the song’s origins in an interview in 2012:

“It came from the summer of 1984 on Long Island, when I was 10 years old. That summer in the woods behind my house, there was a Satanic, drug-induced ritual teen homicide that went down; and the kid who did it was called Ricky Kasso, and he was arrested wearing an AC/DC t-shirt,” begins Brown.

“That made all the papers, and the television, obviously; and here I was, 10 years old, walking around with a case full of AC/DC and Iron Maiden and Metallica – and all the parents and the teachers and the cops thought I was some kind of Satan worshipper. So that’s the backdrop for that song.”

He says the sing-a-long chorus, remains an act of defiance: “so when I sing: ‘I’m just a teenage dirtbag’, I’m effectively saying: ‘Yeah, f*ck you if you don’t like it. Just because I like AC/DC doesn’t mean I’m a devil worshipper, and you’re an idiot. That’s where it comes from.”

The original Teenage Dirtbag is written from the perspective of a teenage protagonist crushing on a woman named Noel, who has a boyfriend, and whether or not “she gives damn about” him.

Related: 5 Cover Songs That Are Better Than The Original

The singer Jax – American Idol alum who also grew up in Long Island- recently gave the song a clever interpretation on TikTok. Rather than covering the song verbatim, she reworked the lyrics from the perspective of the Noel – Iron Maiden shirt and all.

He drive his dad’s Ferrari.

He likes to mix.

We’re prom king and queen, but that doesn’t mean.

He really knows who I am. Cuz he doesn’t give a damn about me.”

It’s a really fresh take on the song from another character’s perspective, sticking to the overall theme of the song. Hopefully we get a full cover soon.